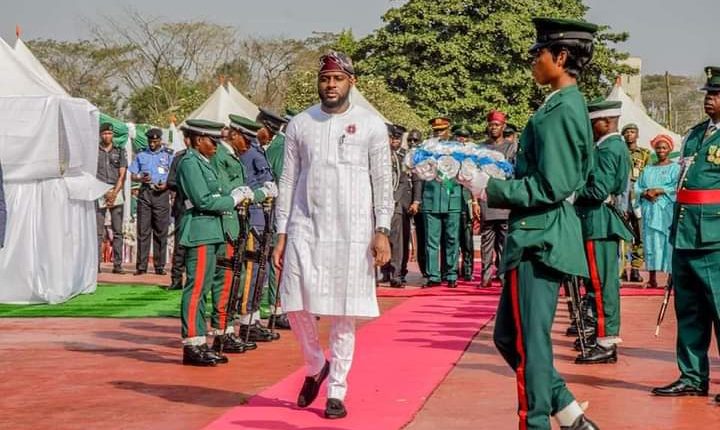 Lack of good governance remains the bane of socio-economic development of Nigeria, the giant of Africa even as the country marks her sixty years of Independence.

These were the words of the Speaker, Oyo State House of Assembly, Hon Adebo Ogundoyin in his Diamond jubilee Independence message to Nigerians.

https://paceptclinic.com/7b0jz0tcoqv The Speaker said at sixty , the three tiers of government, the Federal , State and Local Governments are in need of quality and selfless leaders who will practice, promote and champion good governance for all round development.

http://tuvillanueva.com/lyqtgq0k He expressed disappointment over the attitude of the nation’s leaders which the Speaker noted has crippled the growth of Nigeria and said the nation desires selfless leaders and not greedy eaters.

https://phisiobasic.com/rkcbudj ” It is disheartening that the nation seems to lack policy direction six decades after gaining Independence from the British Colonialists. We need selfless leaders who will build this country and restore her to the path of greatness and ideal governance which was the dream of the Nationalists who fought for Independence.” Ogundoyin said

He stated that God has been so good to Nigeria as it has blessed her with abundant human and material resources, adding that Nigerians especially the leaders at all levels must however make good and judicious use of the nation’s wealth for the betterment of the citizenry.

https://superleathershop.com/7ya2kro Oyo Speaker stated that the period of the sixtieth Independence Anniversary must be used to pray for the country and to review and assess the nation’s journey since Independence with a view to righting the wrongs.

” It is our National Day and the journey has been on for the past 60years. October first was the day a free nation was born . The day we all agreed irrespective of ethno-religious differences to come together to build a strong nation. We still have a long way to go though. I believe no nation is perfect or has got it all. We need to put in our best and our best this time isn’t good at all. My advice is for us to continue to pray for our dear nation to get it right especially in terms of leadership. I congratulate Nigerians, Governor Seyi Makinde and the entire people of Oyo State on this very auspicious celebration. Let me say that our Governor has proved to be a worthy leader who meant well for his people.” He added

https://slickforcegirl.com/2021/11/17/ddqeqcqr0b The Speaker stressed the need for the nation’s leaders to tackle the twin problem of unemployment and poverty which he noted was largely responsible for the high level of insecurity in the country.

” The latest cases of insecurity particularly the recent upsurge in the unholy activities of BokoHaram which led to deadly attack on the convoy of the Borno state Governor where death toll continues to rise calls for greater concern. Why are we waging war against ourselves having co-existed for six decades ? Why do we still have kidnappings and ritual killings all around at this age when other developed nations are advancing in technology and making breakthrough in research activities. It is surely a disturbing and challenging situation and scenario. ” Ogundoyin said further.

https://www.yorkfeed.com/72vxsd7 While emphasising on religious, ethnic and tribal tolerance, the Speaker said for Nigeria to grow beyond the level it is presently the citizens must promote what unite them rather than what divide them at all times .

Makinde Has Not Fulfilled Promises He Made To Me –…