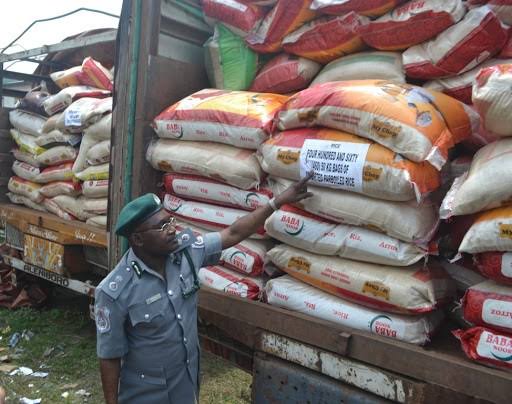 SIR: The raid on Oja Iba and Bodija markets in Ibadan, Oyo State by the men of the Nigerian Customs Service for contraband in a Gestapo manner has shown that the organization is a lawless one and has become laws onto itself.

Truth however is that the activities of the Customs outside of the state capitals are actually under-reported. For instance, the agency’s raids on shops in Ogbomoso, have become incessant and sporadic. As a matter of fact, Gestapo-style raid on the two markets in Ibadan would seem a child play compared with the daily experiences of smaller towns. Hundreds bags of rice have been carted away from markets on Ogbomoso on several occasions. In Iseyin, Oyo State, the lives of five innocent souls were cut short by the rampaging customs men while pursuing smugglers.

The question people always ask is that with the heavy security mounted by customs along our border posts, how did contraband escape their eagle eyes? The conclusion of many is that without the support of the customs for smugglers, those contrabands cannot come in. Related question is – can the men of customs be privy to the smuggled contraband and still waylay the smugglers? Is it a case of seized contrabands belonging to those who fail to settle their men? And why are the raids, particularly of shops prevalent in the southern part of the country?

Are there no smugglers in the north or are activities of customs in other parts under reported? Men of customs have to be courteous in their activities. If with the presence of heavily armed customs personnel along our borders and routes and smugglers are still having a field day, it is either our customs officials are derelict in their functions or there are fifth columnists in their outfit.

To curb smuggling, it has to look inward than outward. Coming to disturb the peace of the neighborhood should stop. Last year’s EndSARS imbroglio that engulfed the nation with concomitant loss of lives and properties is enough evidence that when people are pushed to the wall, they would fight back. God bless Chief Bisi Akande, former governor of Osun State. He reportedly stopped customs from raiding car dealers and markets in Osogbo during his time. His position was that Osogbo is not a border town and is actually more than 150 kilometres to border; and that if cars can be transported to Osogbo from about 150 or more kilometres without being intercepted, then something is wrong somewhere. If a gate keeper is derelict in his duty and a goat enters the garden, the gate keeper rather than goat should be questioned.

The relentless raid in Ibadan should be of concern to Engineer Seyi Makinde being the chief security officer of the state. Senator Balogun deserves commendation for his intervention. In addition, the senator representing Oyo North Senatorial District,   Fatai Buhari deserves accolade for raising the issue of customs brutality on the floor of the senate on Tuesday May 18. The senator had called the attention of the senate to the incessant raid on markets in Oyo State where “contrabands” are seized with no trace including cash belonging to “smugglers”. He called for full investigation of murder of five innocent people in Iseyin by the Customs.

Like Akande, Makinde should demand for the rationale for the raids in Ogbomoso and Ibadan especially since they are not border towns. I am not saying that the governor should support on abet smuggling, but to avoid a repeat of Iseyin tragedy which forced Governor Makinde to compensate the family of the victims according to a report, he must take action against the rampaging outfit.

Until the men of customs are told in clear terms that they are sabotaging the efforts of the nation in curbing smuggling, they would continue to hold that false belief that they are helping the nation.

Covid-19: We Have Spent About A Billion Naira – Oyo Govt.