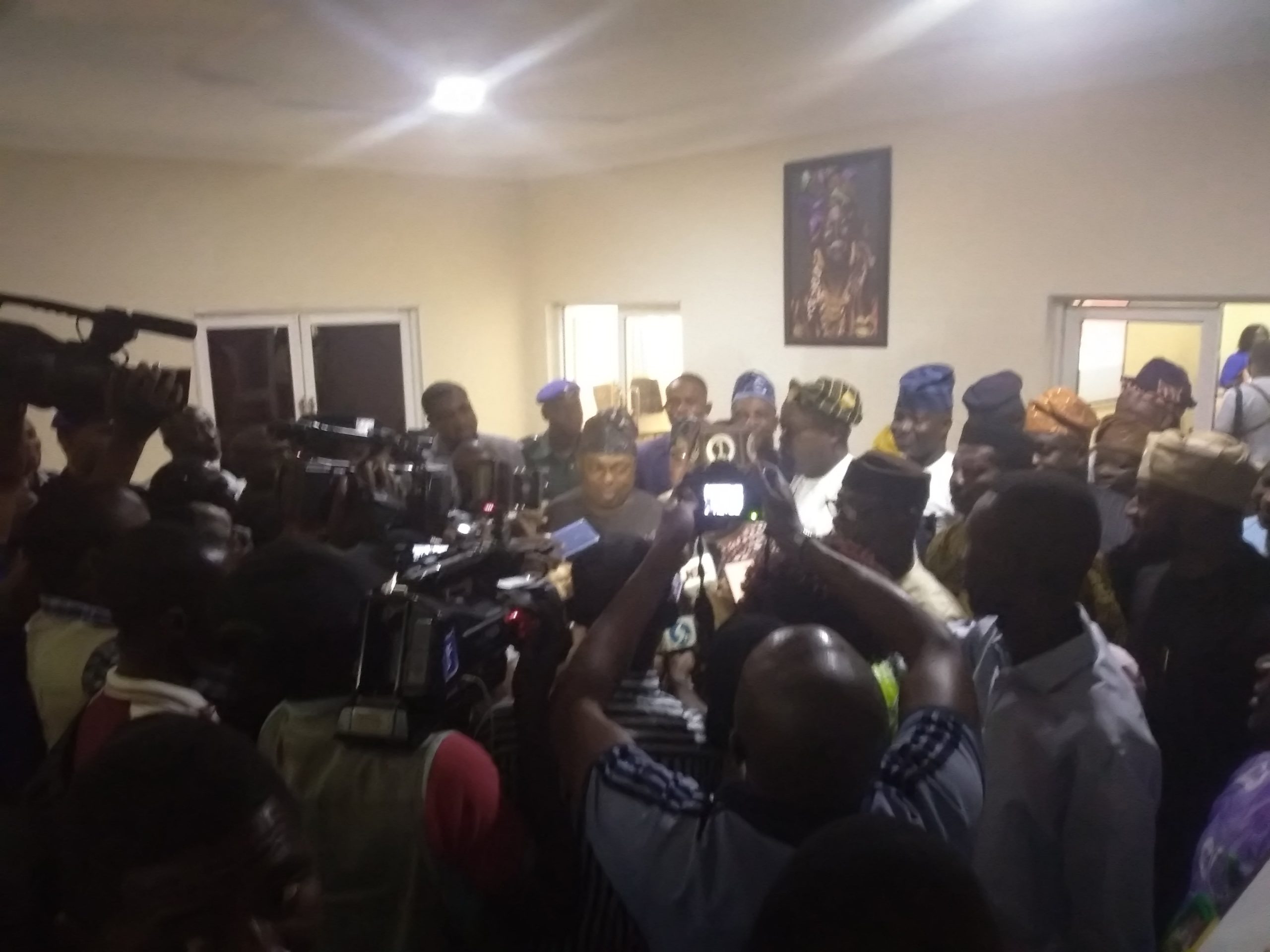 Hon. Debo Ogundoyin, the host in his statement said, birth of Amotekun was in response to the security challenge facing the south western part of the country, also to complement the efforts of the police and other security agencies.

While speaking at the meeting of Conference of Speakers of South West State Legislatures held in Ibadan, the Oyo state capital, Ogundoyin said, Amotekun is a community policing response to the problem of insecurity in the south west region.

“I am delighted and pleased to offer a convivial welcome to Speakers of States Assembly in the South West Nigeria. It is gratifying to look around and see many familiar faces in our quest to work in synergy as well as lend our voices to issues relating to and affecting our states and the region as a whole. The theme of this Conference “The imperative of Western Nigerian Security Network (Operation Amotekun): Legislative support for the initiative” could not have come at a more auspicious time than now.

“It is equally appropriate at this juncture to commend the DAWN Commission for its efforts in coming up with the security initiative. Since the launch of Operation Amotekun on January 9, 2020 in Ibadan by the South West Governors, several reactions have continued to trail the initiative.

“To me, the legality or illegality of the launch is the most widely discussed issue in the media and indeed Nigeria today hence our coming together under the auspices of the Southwest Speakers Conference to deliberate on the issue and pledge our unwavering support to the Operation is not only timely but also appropriate and commendable.

“The reactions and controversies generated by the launch especially the statement credited to the Attorney General of the Federation, Abubakar Malami were surprising.

“Suffice to say again that “Operation Amotekun” (which will consist mainly of locals in each community) is meant to complement the activities of other security agencies in curbing the rising and disturbing spate of kidnapping, assault, ritual killing, armed robbery and other criminal acts in the South West.

“I am happy this conference is providing further opportunity for us as number three citizens of our various states in the Southwest to give necessary legislative backing to our Governors so as to strengthen the efforts of the executive in putting adequate security measures in place in our zone. Another issue before us as Houses of Assembly is our quest to have financial autonomy as already enshrined in the nation’s Constitution.

“Recall that the Fourth Alteration Bill signed into law by President Muhammadu Buhari granted financial autonomy to both the State Houses of Assembly and the Judiciary which consequently empowers us to receive our allocation straight from the Federation Account. However, this is yet to be implemented.

“We are also expected to work in tandem with all the State Governors in the region towards ensuring the success of the Southwest economic integration agenda. It gladdens my heart that states in the Southwest Nigeria have keyed into the vital need for regional cohesion, integration and synergy for all round growth and development of this part of the country. I thank you most sincerely and I wish us all fruitful and happy deliberations “