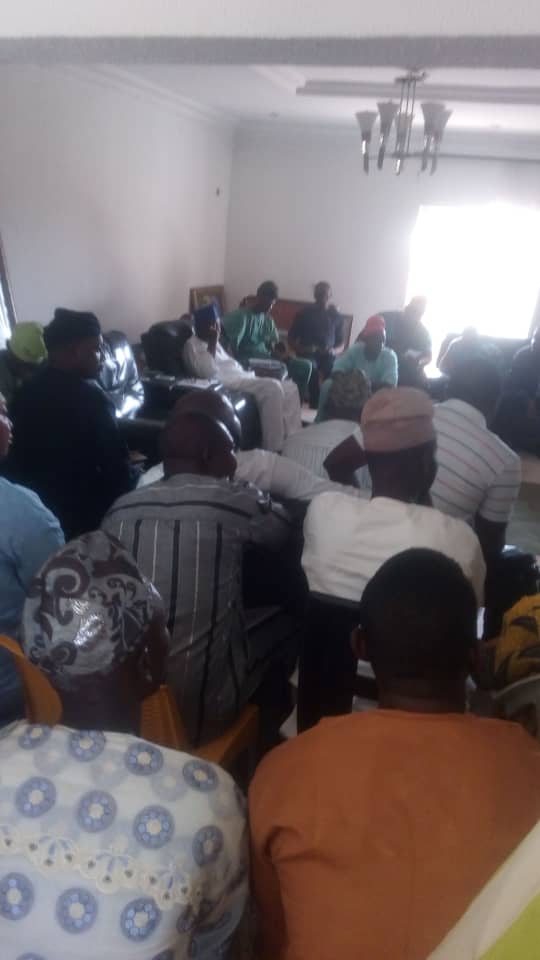 The former Oyo State governor and PDP leader who is now Zenith Labour Party ( ZLP ) chieftain, High Chief Rashidi Adewolu Ladoja had gave a comprehensive details of the incidence that led him out of African Democratic Party ( ADC) to Zenith Labour Party, he opened the air on the political tussles that made him pitched away his political tent with ADC paddling by Unity Forum while addressing all the candidates of the Zenith Labour Party ahead of 2019 general elections at his country home, in Bodija, Ibadan.

” After the 2015 elections,Sen Ayo Adeseun and the likes came to me and analysed the results of the state election which gave Sen Abiola Ajimobi just thirty two percent while other opposition parties shared the rest among themselves. They therefore advocated the fusion of all the parties which eventually gave birth to the emergence of a new PDP. Unfortunately, we later discovered those holding the party at the national level only wanted to enslave us as we got to know that they had already made up their minds on who would carry the flag of the party as a gubernatorial candidate.

Political pundits and gladiators started coming around to solicit our support. Among them was the former governor of Osun state,Prince Olagunsoye Oyinlola, former governor of Ondo state,Olusegun Mimiko, the elder statesman, Chief Olu Falae sent emissaries and a host of other eminent personalities. Later, a break away faction of the APC called the Unity Forum came to me and solicited that we come together, they claimed they had nothing against President Muhammadu Buhari but Sen Ajimobi and said they would prefer a party without a presidential candidate so that they will have the opportunity to work for Buhari and have a new governor that will not be a tutelage of Governor Ajimobi .

That was the beginning of the formation of the ADC with the coalition of my group, the Labour Party, the Unity Forum, the CNM and a host of others. We decided to have a caretaker committee charged with the responsibility to conduct congresses from the ward to the state levels but it was like the blind was driving the vehicle. I have never seen a situation where congresses will be conducted into the three tiers, that is, the wards, local and state, with just a day interval! And up till this moment, the party cannot be said to have standing executive committees in the wards and local governments.

The worst of scenario played out when we were to have candidates for various elective offices. In Ibarapa East,Ido, the House of Representatives candidate slotted in his Personal Assistant as the House of Assembly candidate, ditto for Ibadan North West, Ibadan North East and so on and so forth. They came up with the idea of automatic tickets for all serving National Assembly members as if they all did well in their various constituencies to offer them such a ticket. In the Oke Ogun area of state,all seven state Assembly,three Reps candidates are from the Unity Forum, others are just there to look on and serve them, the people who are to be represented have no in-puts at all.

In Iseyin axis where there are four local governments presenting a candidate for Federal House Representatives seat, the Unity Forum went ahead to pickes both the Federal Rep. candidate and Oyo House of Assembly candidate from Iseyin and later the Deputy Governorship candidate from Iseyin again at the detriment of other local governments, where is justice here ? how can you win elections with this kind of arrangement ? Are you really taking the interests of the people into consideration at all ?

As a politician of note, the interest of the people takes the center stage and the buck stops on my table, the people will ask me, they won’t ask them. When we asked all the leaders of the Unity Forum to come over so that we can iron it out, only Sen Monsura Sunmonu came and the meeting had to be postponed. For the rescheduled meeting, none of them turned up. You can imagine how insulting that could be to a man of my age and status.

With that weak structure,I was so sure the ADC can’t win any election, and with the so called automatic tickets here and there where the people are already waiting to take their pounds of flesh from the so called representatives, those in that party are only wasting their time.

We now gave those willing to work with us, including Sen. Olufemi Lanleyin, the grace to come with us into the Zenith Labour Party but declined. To God be the glory, we now have a strong structure good enough to win elections as most of the people in all the geopolitical zones, Ibadan, Oyo, Ogbomoso, Oke-Ogun and Ibarapa all reasoned with us and me move ahead with ZLP, high chief Rashidi Ladoja explained.

Presents at the meeting were the guber candidate and his running mate,Barr Sharafadeen Abiodun Alli, the three Senatorial candidates, Hon. Adeyinka Adeniyi of Ibadan North East Federal House of Representatives, Hon. Semih Oladimeji Alao, candidate for Ibadan North East/South East federal constituency including other 10 Federal House of Representatives candidiates and the thirty-two House of Assembly candidates with leaders of the party.