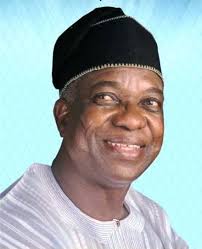 He moved to the East for his University Education at the prestigious University of Nigeria, Nsukka, then Anambra State. Aderemi Olaniyan studied Civil Engineering and bagged a Second Class Upper Division with honours. He had his National Youth Service year at Ogwuashi-Ukwu of the then Aniocha Local Government Council of the then Bendel State.

He furthered his studies in the United Kingdom, Belgium and the United States of America. Today, Engr. Rauf Aderemi Olaniyan has various professional qualifications in Management, Irrigation & Water Resources and in Conflict and Dispute Resolutions.

Engr. Olaniyan has distinguished himself as an Engineer of class and excellence as he worked at various times for the local Government, State and Federal Government, With more than 25 years of work experience in the Civil Service of Oyo state at various levels of Administration.

Engr. Olaniyan served at several Projects like the Oyo North Agricultural Development Projet ONADEP (a World Bank-Financed Project), Multi-State Roads Projects also financed by World Bank. His wealth of experience as a Civil Engineer led to his appointment as the pioneer General Manager of Oyo State Road Maintenance Agency (OYSROMA) where he later became Permanent Secretary of the Agency.

He retired in 2011 as a Permanent Secretary in Oyo state Civil Service. A meritorious service he cherishes and proud to have contributed to the development of the Road network in Ibadan and all over Oyo state.

There is no gain saying that Engr. Raufu Aderemi Olaniyan has contributed immensely to the growth of our society and to the wellbeing of mankind without any bias. His pet project: Health is Wealth, Eye health and Surgery Programme that offers free treatment and Surgery for less privileged people in conjunction with Catholic Atupa Eye Clinic & Surgery in Iseyin has helped restore eye problems and other ailments since 2004.

Engr. Rauf Aderemi Olaniyan is not a new man in the block. He believes that all men, irrespective of class, religion, educational background and tribe, must enjoy basic things of life like Food, Shelter, Good Health, Education and Environment.

He was graciously awarded “HOPE OF THE MASSES” by the National Youth Council of Nigeria, in recognition of his service to the youths of the nation.

He is the Managing Director of WestMidland Construction Company and Chairman/Chief Executive Officer of BlueLine Construction Services, Ibadan. He is happily married with children.

My Wife Sleeps With Neighbour, Alleged Neighbour Is Impotent…