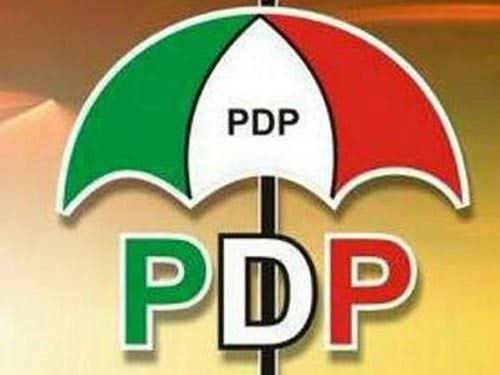 Governor Douye Diri of Bayelsa State who is the Chairman of the Peoples Democratic Party (PDP) Congress Committee in Lagos has declared a former Commissioner for Commerce, Industry and Tourism in the State, Mr Philip Aivoji, as the newly elected Chairman of the party.

Westerndailynews gathered that, Lagos delegates jettisoned the consensus arrangement earlier adopted by the party which would have produced Fawole as the state chairman.

It was reported that, as the leader of the party in Southwest, governor Seyi Makinde, and Chief Bode George had earlier prepared a concesus list with Fawole as the chairman but when the list surface for adoption at the venue of the congress yesterday, the delegates went against the move and protest that, the race should be thrown open to enable them elect candidates of their choice.

According to Wale Oko-Osi, one of the party leaders of PDP in Lagos State, ” Two weeks ago, Gov. Seyi Makinde was in Lagos for a meeting to persuade the Lagos PDP leaders and stakeholders to settle for a concessors candidate for this just concluded congress, but the party stakeholders declined, they insisted on an organized congress election that would produce elected state Excos.

” So this is a major victory for the Engr. Deji Doherty led caucus including Otunba Femmy Carrena, a former Zonal Organizing Organising Secretary, Dr. Ade Dosunmu, a former Gubernatorial Candidate of the party in Lagos, Chief Sunmbo Onitiri, a former Lagos Central Senatorial District Candidate and a host of determined leaders in the State, it is a big defeat Seyi Makinde and Chief Bode George, while it’s a victory for Democracy”. Adebakin stated.

Douye added: “I will like to use this opportunity to appreciate members of the PDP, Lagos State Chapter. The PDP is one and the same, this is a family election. I believe there is no winner, the winner is the Peoples Democratic Party (PDP).

Oyo PDP Reconciliation : Only Gov. Makinde And I Can Sit…