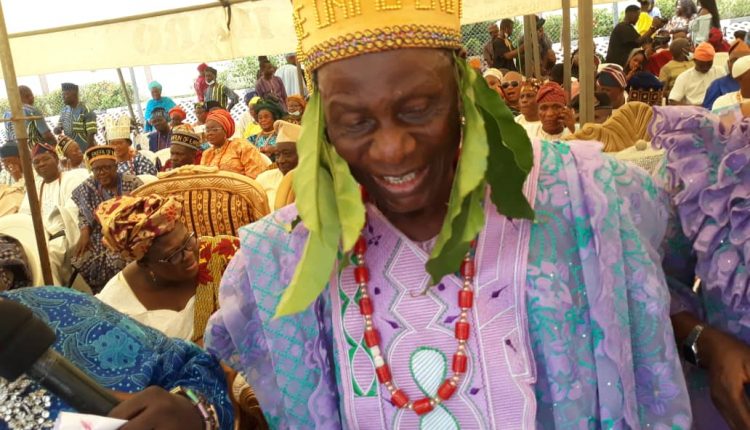 The Olu of Ilaro and Paramount ruler of Yewa land, Oba Kehinde Olugbenle has emphasized the need for notable sons and daughters of the kingdom to work together and contribute towards ensuring sustainable peace and development in the area.

Oba Olugbenle was speaking at a ceremony held at his Ilaro palace, for the conferment of chieftaincy titles on deserving individuals, including a former Chairman, Ogun State Consultative Advisory Committee and Special Assistant to former Governor Ibikunle Amosun, Engineer Segun Kehinde as the Ààrẹ Onímọ̀ Ẹ̀rọ of Ilaro, Yewa land.

Speaking shortly after the ceremony, Oba Olugbenle said the essence of the programme was to appreciate the laudable commitment of the people as well as to promote overall development in the region.

Reacting to the title, the new Ààrẹ Onímọ̀ Ẹ̀rọ of ilaro-Yewaland, Chief Segun kehinde described the gesture as a call to do more for humanity.

In separate remarks, two sons of the newly installed Ààrẹ Onímọ̀ Ẹ̀rọ of Ilaro, Yewa land, Mr Adewale and Mr Mosope Kehinde of Radio Nigeria, Ibadan Zonal station applauded the monarch for the honour bestowed on their father in acknowledgement of his pedigree in community services.