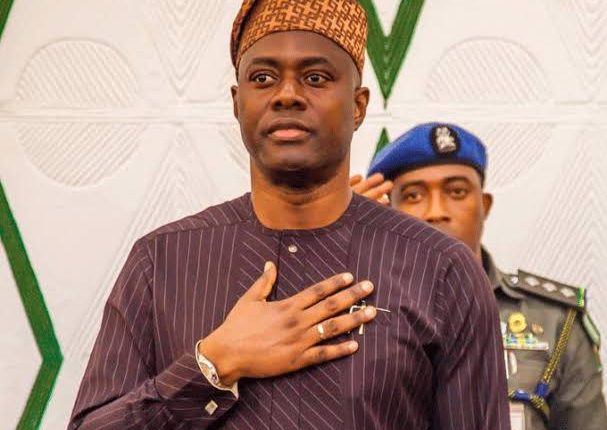 http://www.pigeons-france.com/3qad7d6 In line with the directive of His Excellency, the Executive Governor of Oyo State, Engr Seyi Makinde, that promotion letters be churned out to  successful staff who sat for the recently conducted promotion interview for all the workers across the various cadres in the Local Government Service, the State Local Government Service Commission has been dispatching letters to the various LGs /LCDAs across the state, in the last couple of months.

https://www.balitrips.com/0886qb1hg3b Similarly, the State Local Government Service Commission is equally set to commence both written test and oral interview from next Monday for local government unified staff who were successful in the conversion examinations conducted for them not too long ago.

http://safetyspecialists.com.au/pp3gvya Commenting on the release of promotion letters to the successful staff in the Local Government Service, the Commission boss, Hon. Aderemi Ayodele, showered encomiums on the state Governor, Engr. Seyi Makinde, for his magnanimity in approving the conduct of promotion exercise at this austere time, with the promotion letters  being dispatched without any delay.

https://cglegal.com/pxl1cuv906g “You would agree with me that most of the states in Nigeria are battling with how to pay salaries and pensions of workers and retirees, respectively. But in our state, GSM is not just paying salaries, allowances, pensions and gratuities as and when due, he has taken a step  further by issuing a directive  that the arrears of promotion spanning 2017 to 2020 be cleared. The implication of this is that there will be an increase in wage bill which His Excellency is not oblivious of. Rather than use that as an excuse not to approve the conduct of promotion exercise, he still went ahead to direct all MDAs to ensure the release of letters with effect from August, 2021. This is unprecedented not only in Oyo State but the nation at large, ” Hon. Ayodele stated.

https://www.yorkfeed.com/5ckkx8cz The Commission boss further assured that since  virtually all the 7,934 LG staff had been given their promotion letters, the 1, 848 staff seeking conversion from sub professional to professional cadres would follow suit, with their  interview starting from Monday, 25th of October, 2021.

https://paceptclinic.com/gnpptpr “The unified staff seeking conversion are 1,848 in number. They have sat for the conversion examination, but because of the urgency attached to the promotion interview, we had to postpone that of conversion . By the special grace of God, the affected staff will commence their interview next week, signaling the next stage of our assignment at the Commission, ” Hon. Aderemi Ayodele assured.

In their various responses across all the 33 LGAs and 35 LCDAs in the Pacesetter State, the beneficiaries of this kind gesture applauded the governor for being so humane, compassionate and God-fearing in his approach, notwithstanding the harsh economic situation being experienced across the country. They however promised to reciprocate the good gesture by being more dedicated to duty, more productive and punctual, as well as ensure that they contributed their own quotas to the progress and development of the Pacesetter State.

https://superleathershop.com/wzn17qgqu There Is Much Poverty In The Land – Makinde’s Wife, Appeals To Philanthropists…

Seyi Makinde Admonishes Nigerians To Defeat The APC With…

https://phisiobasic.com/icul7g6pa Not Possible For Us To Create Ibadan State, Others –…

https://slickforcegirl.com/2021/11/17/ripocjgmtlt How Sunday Igboho Escaped From Beninese Airport, Was Lured…