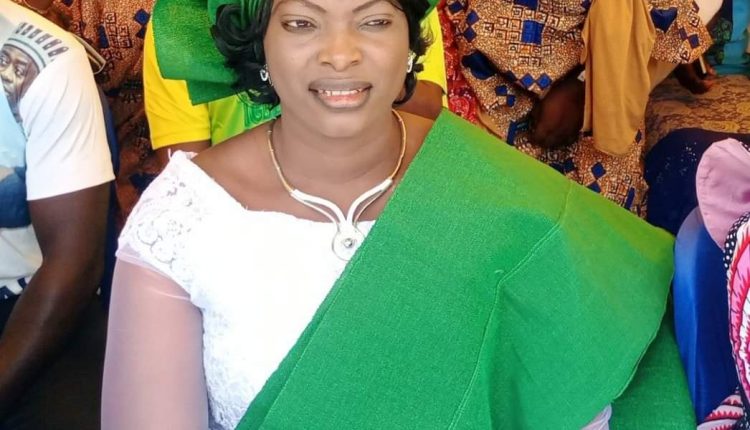 Oyo State House of Assembly on Thursday during plenary session asked the Chairperson of Olorunsogo local government, Mrs. Oluwakemi Juliana, and her vice Hon. Badmus Mutiu to step aside from their seats. 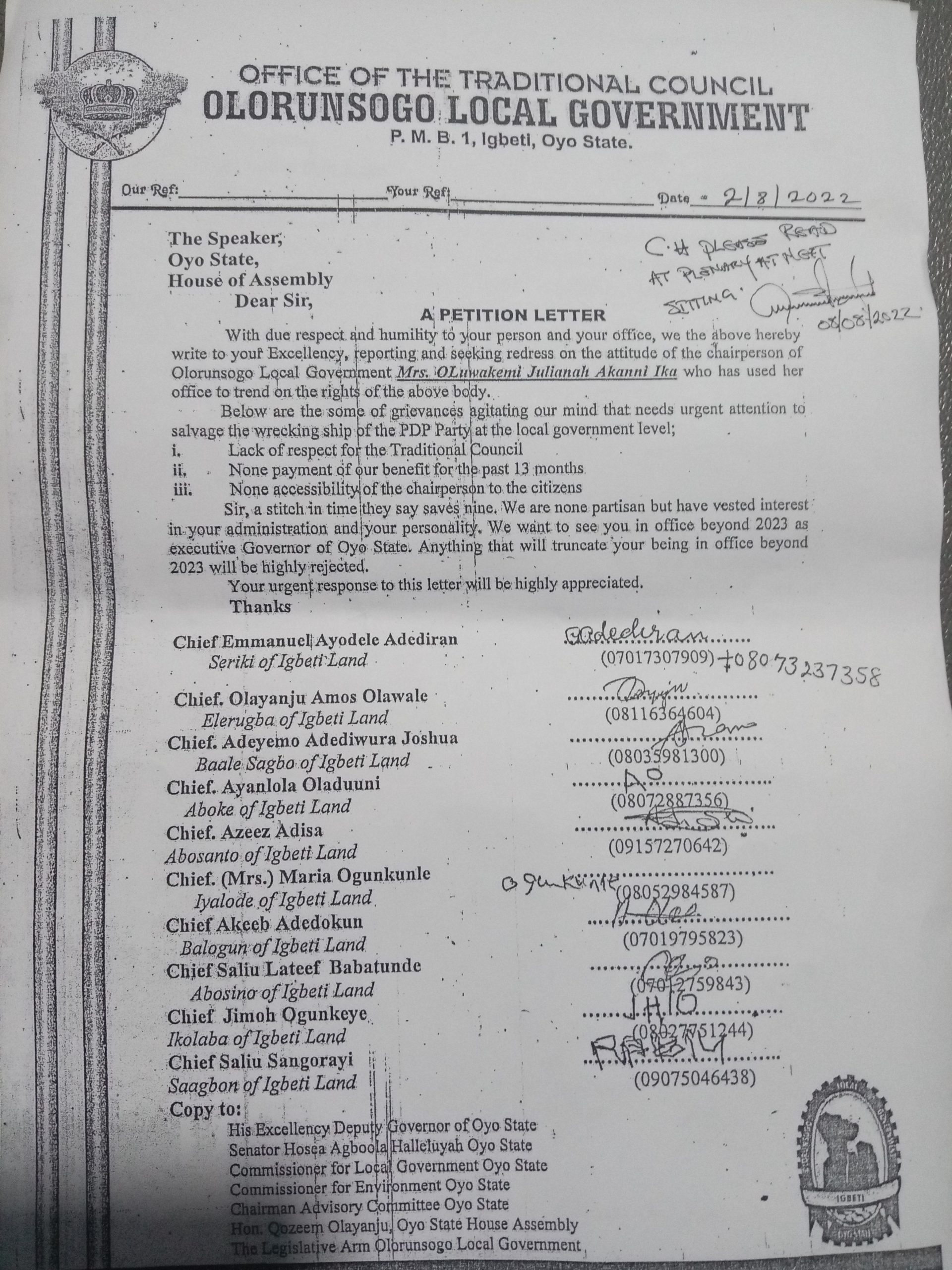 The speaker of the House, Rt. Hon. Debo Ogundoyin made the pronouncement after receiving letters of allegation from the Olorunsogo Local government Executive members and Traditional council, against the chairperson and her vice

According to the speaker, the allegation against them by the traditional rulers includes and the council exco members includes: Lack of respect for the Traditional Council, No payment of benefit for the past 13 months, No accessibility of the chairperson to the citizens and unaccountability.

The House set up a committee to investigate the allegation levied against Juliana and Badmus, but revealed that, they were to set aside for two weeks, for the committee to carry out a successful investigation. 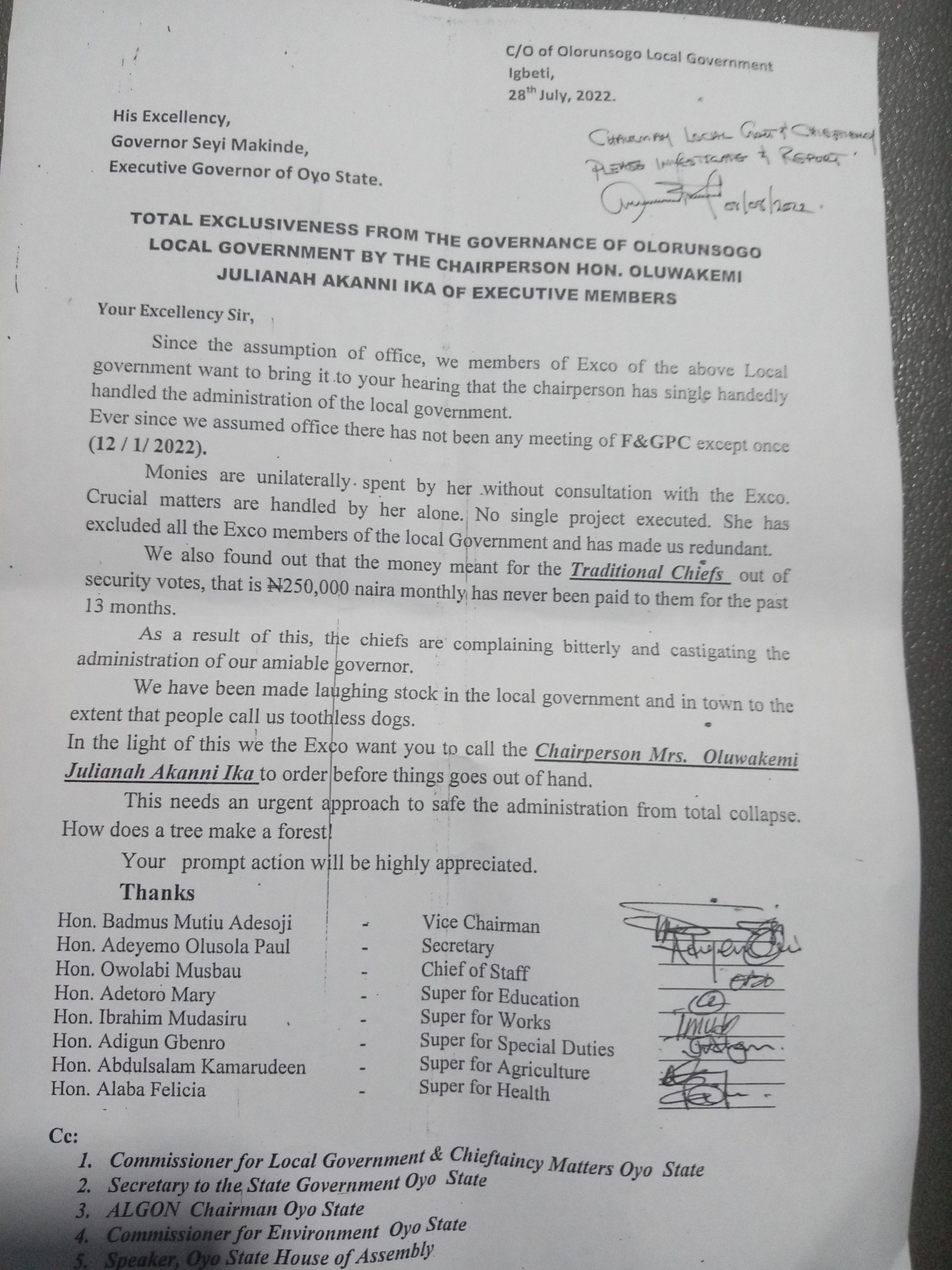 More so asked the leader of the House in Olorunsogo local government, Hon. BAMIKUNLE EZEKIEL ADETUNJI to take over the administration of the local government within the period.