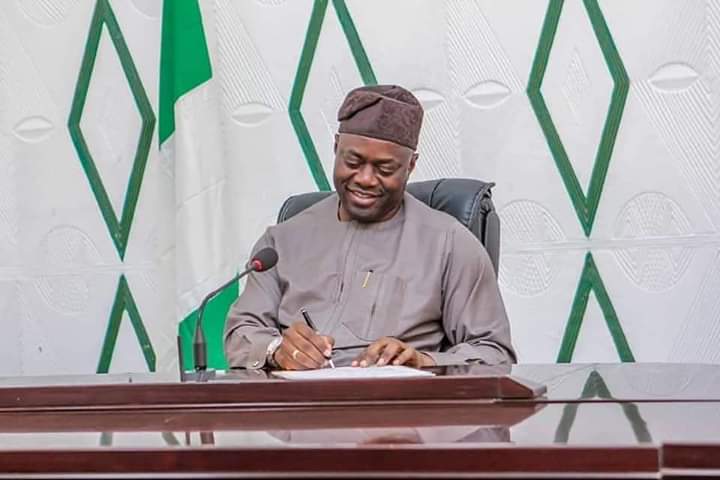 A statement signed by the Special Assistant (Print Media) to Governor Makinde, Moses Alao, indicated that the appointments were communicated in letters dated April 20, 2020.

According to the statement, the appointments are with immediate effect.

Adepoju, who was appointed as head of the State’s Water Corporation, is a financial planner and analyst of many years standing.

He holds a Higher National Diploma (HND) and Bachelor of Science in Accounting as well as an MBA and Ph.D. in business management and administration.
Prior to his appointment, he had served as Chief Operations Officer of Clearview Networks, Atlanta, Georgia, United State of America as well as Executive Director of Financial Planning & Analysis in the same organisation.
As Chief Operations Officer, Adepoju was responsible for the company’s strategic business plan with a focus on increased revenue generation, cost control and reduction to ensure strict and prudent policies based on forecast, analytical modelling, and research.
He is expected to deploy his wealth of experience to reshaping the water corporation in line with the governor’s vision to transform the water sector.
Mrs. Sarumi-Aliyu, who was appointed SSA on Diaspora, is a daughter of the late Ibadan politician and member representing Ibadan North Federal Constituency between 1999 and 2003, Honourable Ali Balogun Sarumi, popularly known as Alli Bay.
She had her primary and secondary school education in Ibadan, the Oyo State capital, before proceeding to the United Kingdom, where she earned various certifications in Social Work and Welfare, Psychology and Sociology.
She also holds a degree in Social Policy from Anglia Ruskin University, Cambridge, United Kingdom.
Sarumi-Aliyu, who contested the March 9, 2019 governorship election on the platform of NIP, is currently the CEO of Bees Bridal Ltd, an event-planning, catering, decorating and bridal wears venture as well as the CEO, MIA Uniform- a uniform manufacturing company.
She is also the founder of Childhood Bridge International Initiative and BASA Foundation, both of which are non-governmental and non-profit making organisations.
The Special Adviser on Tourism, Ige, is the immediate past Minority Leader of the Oyo State House of Assembly and a former chairman of Ibadan South-East Local Government.
Ige, a culture and tourism enthusiast, will be expected to bring his wealth of experience to bear in working with the governor to reposition the tourism sector in the State.
Governor Makinde tasked the new appointees to serve the State with loyalty and dedication, wishing them success in their new assignments.

Oyo Has Lost A Gem, Shining Light In Akinjide—makinde

COVID-19: Why We Are Making 1 Million Face Masks –Makinde