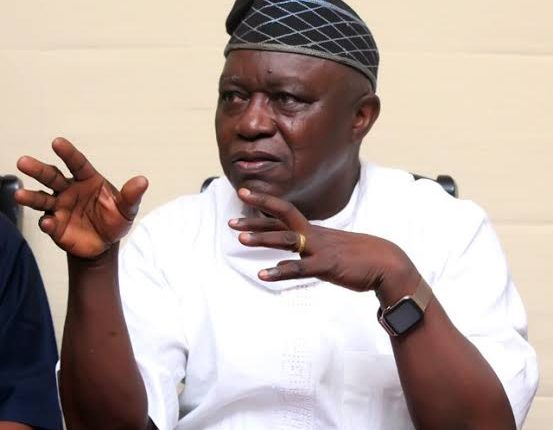 One of Oyo state All Progressives Congress (APC) Chieftains, Chief Niyi Akintola (SAN) has challenged the state governor, Seyi Makinde to go out and tell public the opposition leaders he claimed are sponsoring violence and behind insecurity in the State.

Akintola, the 2019 APC governorship aspirant in Oyo state dared the state Governor while featuring on Southwest Political Circuit, an interview programme on Ibadan-based Fresh FM 1005.9 at the weekend.

“The late Governor Ajimobi used the Terrorism Act to tackle violence. With the act, criminals are allowed to be tried in any part of Nigeria and they are not entitled to bail. It is stronger that criminal law.

“It was based on this problem of violence that Ibadan elites came together to support Ajimobi in 2010. The meeting was holding in Ikeja, Lagos.

“For somebody to bring back Auxiliary is unthinkable. I tendered the guns against him in court during Ajimobi days. The mark of leadership is the ability to say no. That’s why this government is unable to deal with violence”. Akintola stated.

ANTI-OPEN GRAZING BILL IS TO FOSTER PEACE AND SECURITY…