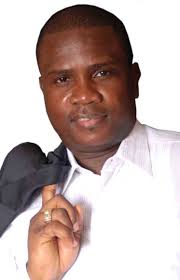 The candidate of Zenith Labour Party for House of Representatives, Ibadan Northwest/Southwest Federal Constituency, Hon. Rotimi Ajanaku has disclosed that he is not a desperate politician who can do unthinkable in order to get to power. He made this assertion on Friday during an interview session with a correspondent of Nigerian Tribune, Segun Adebayo.

‘ falsehood, blackmailing and character assassination are the attributes of a typical desperate politician and Rotimi Ajanaku is not one’.
Speaking further, Otunba Ajanaku emphasized that he believes in the power of the ballot ‘ as a democrat and grassroots mobiliser, I strongly believe in people’s consent. If truly you want to serve the people, don’t force yourself on them, let them elect you’. He said.

On his chances of winning the election, a confident Ajanaku maintained that he is sure of victory ‘inasmuch as the forthcoming elections is about personality, people will cast their votes for me based on my antecedents and political pedigree’. He also declared that the recent attacks on his political camp by the ruling All Progressives Congress had not only promoted him, but also his political structure.

The APC -led Oyo state government has been trying different antics to stop Ajanaku since his declaration for ZLP. One of his campaign vehicle was impounded by the Police and his billboards mounted in strategic areas like Adamasingba and Iyaganku were unjustly removed on the orders of the state government.

Rewards of being a party man: Obanikoro, Wife, Son Recover…