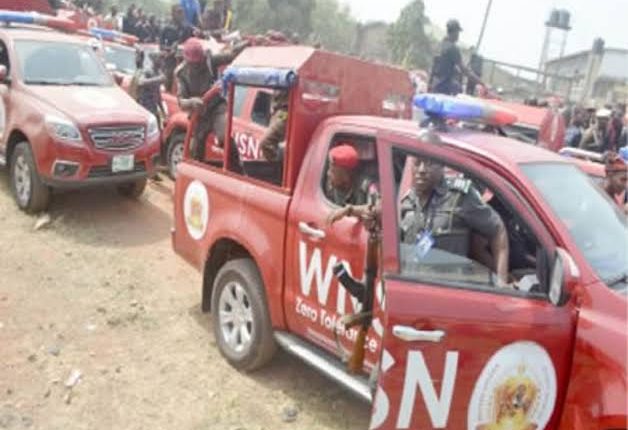 An officer of Amotekun, Suleiman Quadri has been killed at Fiditi, Atiba Local Government Area of Oyo state.

State commandant of the corps, Rtd Col Olayinka Olayanju made this known in a release made available to newsmen.

The release says the deceased was allegedly killed by a group of armed bandits at Living Farms in Fiditi.

The twenty five year old officer and one other officer, Bello Yisau  were said to have escorted some members of staff of the farm to their places of duty to protect them from attack by the bandits.

It also says Mr Yisau  was also shot but survived  the attack and was receiving treatment at the General Hospital Owode, Oyo.

The release added that Mr  Suleiman Quadir, who left behind an aged father, a wife and a son had  been buried according to Islamic rites.

The commandant of the Amotekun Corps, Col. Olayinka Olayanju (rtd), confirmed the incident.

You Are An Embodiment Of Omoluabi, Tegbe Celebrates Lekan…