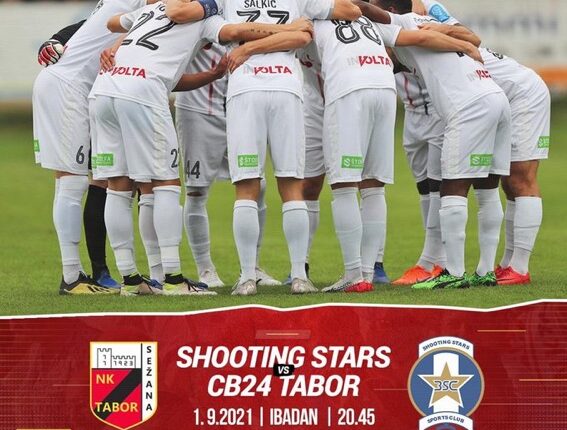 Nk Tabor Sezana, the top Slovenian league side that played the novelty match against the Shooting Stars Sports Club ( 3SC ) of Oyo state for the commissioning of the remodeled Ademasinga stadium on Wednesday has reacted to the flooded pitch that resulted to their 4 goals lost to the Oluyole warriors.

The European team who hailed Oyo state residents for their hospitable reception at the stadium however frown at the condition of the pitch, said their players played under difficult conditions.

🔚 | End of the match in Ibadan

In extremely difficult conditions and a completely wet pitch, the locals finally celebrated. 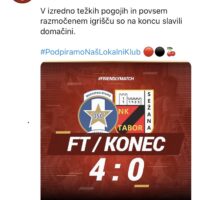 It will be recalled that yesterday, the Oyo state Governor, Seyi Makinde through his press secretary also admitted some defaults at newly-unveiled Lekan Salami Stadium Complex as the main bowl was flooded during the friendly match between 3SC of Ibadan and Nk Tabor Sezana football team of Slovenian on Wednesday.

The state governor, Makinde after videos surfaced online showing the leaking roof of a part of the stadium and flooded main bowl during the friendly match stated  that the stadium is still under construction.

Oby Ezekwesili leads by example, steps down from…