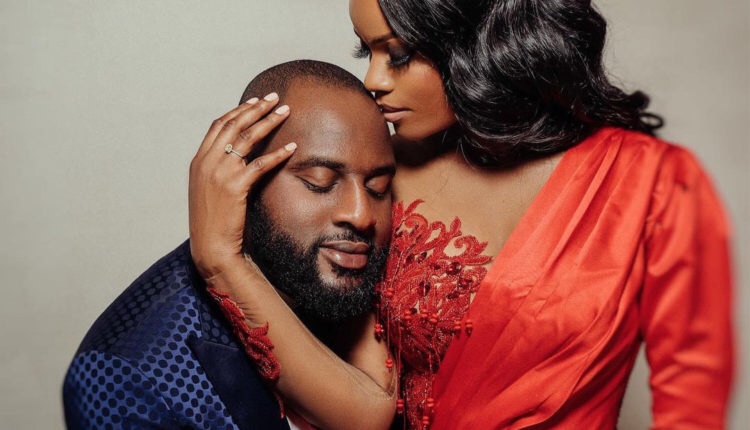 http://grasshoppersoccer.com.au/oi82xkd1u As the 34year old Speaker of Oyo State House of Assembly, Rt. Hon. Adebo Ogundoyin prepares to walk down the aisle with his fiancé, Olamidun Majekodunmi, former heads of State, Governors, political icons, industrialists,  traditional rulers, entertainment gurus and other dignitaries across the country and beyond are set to storm the ancient city of Ibadan this weekend.

https://www.passion-outlet.com/bjkh2lp Adebo Ogundoyin, the son of the late philanthropist and business tycoon, the late Chief Adeseun Ogundoyin became the speaker of the Oyo State 9th assembly at the age of 32 following the victory of the state’s ruling party at the 2019 general election.

The wedding ceremony tagged “DO THE HONOUR” is slated to hold on the 25th and 27th, November, 2021 and is expected to be attended by influential personalities and political bigwigs including the former President, Chief Olusegun Obasanjo, former Head of State, Alh AbdulSalami Abubakar, the Turaki of Adamawa, Alhaji Atiku Abukakar, 13 Governors, His Imperial Majesties –  Ooni of Ife, Alaafin of Oyo and the Olubadan of Ibadanland

http://salagala.cat/qxub35939r Among the 13 Governors are the Oyo State Governor, Engr Oluseyi Makinde who is the Chief host, the Governor of Ogun State, Dapo Abiodun, the Governor of Ondo State, Rotimi Akeredolu and their counterpart from Ekiti State, Dr Kayode Fayemi.

http://safetyspecialists.com.au/qq4iixl The roll call of dignitaries expected at the Wedding will equally include Speakers of States Houses of Assembly,  federal and State lawmakers and legal luminaries including chief Justices.

http://tuvillanueva.com/vi5c8ovwtez The Turaki of Adawama, Alh Atiku Abubakar is the father of the day.

https://cglegal.com/uxenqw7mfv Alli Congratulates Buhari At 56, Says He Is A Senator With A Difference

As APC Elders Advisory Council Head, I Will Not Support Any…