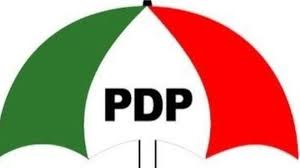 The Oyo State chapter of Peoples Democratic Party has described Engr Seyi Makinde’s victory in Saturdays election as “historic” event and called for celebrations. The people should rather reflect on the challenges ahead and be united to give maximum support and cooperation to the Governor-Elect of Oyo State, Engr Seyi Makinde.

In a statement personally signed by the Chairman of PDP in Oyo State, Alh Kunmi Mustapha, and made available to newsmen in Ibadan by the State Publicity Secretary of the party, Engr Akeem Olatunji, he dedicated the party’s victory in the gubernatorial and House of Assembly elections to the Oyo State suffering masses whom he said stood resolutely to see through the revolution that started many years ago.

He said, “On March 9, the people of Oyo State finally shook off the yoke of political slavery, dictatorship, unemployment, subjugation and socioeconomic stagnation by voting overwhelmingly for our party in the governorship and House of Assembly elections.

“The Peoples Democratic Party as the ruling party from May 29, 2019 will be faced with a difficult challenge of evolving an Oyo State that works for all, away from the abysmal state of affairs now.. We promise that the administration of the Governor-Elect, Engr Seyi Makinde, will diligently implement our manifesto for the good of our people.
He said the PDP government when inaugurated will work together with everyone in the state to propel it forward.

“Lastly, the party, PDP, and the entire executives under the leadership of Alh Kunmi Mustapha, is grateful to everyone and most importantly the coalition of opposition political parties (ADC, ZLP, SDP and others) and our highly referred Leader, father and political mentor, Sen Rashidi Ladoja, and also Sen Olufemi Lanlehin, Bar Sharafadeen Alli, Chief Bolaji Ayorinde (SAN) and a host of others for putting general interest above personal one, the sacrifice we all made will never be in vain.
All hands must be on deck to rally round and give maximum support to Engr Seyi Makinde as he puts in crack team of intellectuals for the revamping of collapsed Oyo State economy.