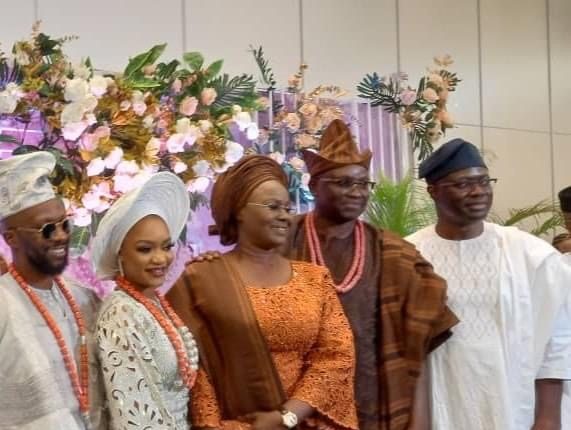 http://tuvillanueva.com/14zf98xt Oyo State Governor, Seyi Makinde has apparently announced an end to the political difference between him and the former Governor of Ekiti State, Ayo Fayose.

https://paceptclinic.com/lx1fzkl6 Makinde and Fayose had a few months ago locked-horns over the leadership of the Peoples Democratic Party in the South-West region.

Although the former Governor of Ekiti State, Ayo Fayose conceded defeat after his preferred candidate, Eddy Olafeso lost to Taofeek Arapaja who was backed by Governor Maklinde in the April 2021 south-west zonal PDP Congress, there were indications that the party in the zone may not be united.

http://safetyspecialists.com.au/hmgbbirwv But one week to the Special National Convention of the PDP, Governor Makinde, who was a guest at the traditional wedding ceremony of Oluwanigba Fayose, son of the former Governor of Ekiti State, Ayo Fayose in Lagos on Saturday, said whatever misunderstanding they have had, has been put behind them.

https://www.aimilpharmaceuticals.com/r0gaehz9 He also cautioned against politics of bitterness, noting that the presence of the Chairman, Nigerian Governors’ Forum and present Governor of Ekiti State, Dr. Kayode Fayemi and erstwhile governor of Ekiti State, Segun Oni at the wedding, should serve as a lesson to Nigerians.

“If you look at the former governors in Ekiti State – Governor Segun Oni, Governor Ayo Fayose and the incumbent Governor Kayode Fayemi, they have governed the state at one time or the other but they were not in the same party. So, those of you who want to die because of us politicians, be careful,” Makinde said, according to a statement signed by his spokesperson, Taiwo Adisa.

http://www.pigeons-france.com/q9nrkq9 “Politics is not something that should cause anybody to lose his or her life. We are moving towards the electioneering period, and I just want to use this opportunity to appeal to you all.

https://cglegal.com/60fer4tnkt “If you also look at this marriage, the bride and groom are from Christian and Muslim families. So, people who also want to always fight on religious grounds should have a rethink.”

https://www.yorkfeed.com/v8azmo0oq Oyo APC : Continuous Postponement Of Congress May Cause Us Another Bad Outing Come 2023 – Adetuntan

Alli Congratulates Buhari At 56, Says He Is A Senator With A Difference