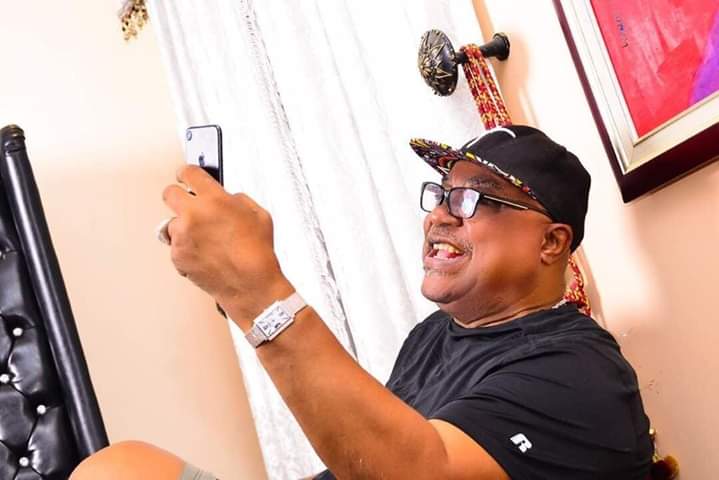 Does Alao-Akala Have Fetish Incisions On His Body? | Festus Adedayo

I never liked former governor of Oyo State, Adebayo Alao-Akala who turned 70 years on June 3, 2020. I should rank atop the list of his nemeses while in and out of office. I never spared any opportunity to wield the cudgel against his governmental policies, personal lifestyle and disposition. His love for jewelries, for instance, I deplored as reflective of his romance with the vanities of life.

So when he invited me early this year to his house, I was afraid that he had a Satanic recompense for my ceaseless criticisms of him. He however handed the manuscript of his well-written autobiography to me and beseeched me to “use your knowledge” to critique it. Apart from its title which he penned as Amazing Grace, Alao-Akala gave me liberty over the manuscript. More to come: he asked me to write its Foreword. He didn’t bother to ask for what I wrote in it until the book was in prints. I was taken aback by his trusting disposition. First is that inside the manuscript were negative criticisms of people he knew I related with; why was he not afraid that I could spill its content? Second, was he not afraid that my level of disdain for him was so much that I could sabotage the book?

While reading the autobiography, I went on a journey with him through his youth, how he lost his father while barely off his diapers, how he was raised by his grandmother, Iya Alaro, how he suffered the looming probability that he might not advance educationally beyond primary school and other privations in life. These made me to begin to see the picture of a man who had lost all hope of becoming somebody in life and who grace lifted up by the lace of his shoes. This must have led to his highly talked about compassion as governor. On one of my visits to him to clarify some issues, I told him point blank that I didn’t agree with the list of his purported achievements in office affixed to the book. He asked me why. As plenty as his road infrastructure efforts were in Oyo during his governorship, the quality of the works left much to be desired, I said. This, I psychologically analysed, was due to his lax scrutiny of the works, borne out of his blinding desire to benefit people, at the expense of excellence. We had a heated argument over this.

I also put it to him that the impression people had of him was a highly fetish man. Not replying, Alao-Akala merely removed his shirt and swiveled round, asking me to identify any incision spot on his body. I couldn’t find any. Someone once told me he drank from a bottle where a live snake was kept. I asked him and he acknowledged the truth of the allegation but told me it was a herbal concoction procured from China which worked for bodily ailments. What about his visits to Sat Guru Maharaj Ji’s shrine in Ibadan, which were alleged to be flirtations after spiritual power? The self-touted Living Master, said Alao-Akala, was his friend who he once arrested while a police officer in Lagos and he visited him more out of the need to identify with a friend than that of a spiritual need.

The about five or six times I have met Alao-Akala ever since showed me a highly humane man and not the picture of a sadistic and violent public official I once got. He has a deep and vast sense of history and struck me as a historian with deep knowledge of the contours of the past. His power of recall, even at age 70, is second to none. He may not be your idea of an ideologue, a dazzling talker like Charlie Chaplain or a political orator in the mold of S.L. Akintola while in office but you cannot fault his genial heart, a trait absent in many Nigerian leaders. Did I fall in love with Alao-Akala’s persona? Yes. Did I come out of the visits to him with the impression that I was wrong hitherto? No. If opportunity presents itself, I wouldn’t hesitate to criticize the erstwhile policeman again but I would do this with a greater understanding of where he was coming from, after being let into the window of his past.