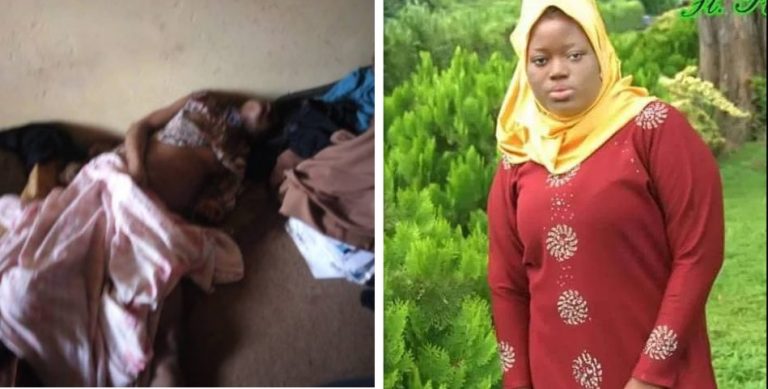 Oyo state Government has been charged to ensure security operatives bring to book the perpetrators of rape and murder of two women in Akinyele Local Government, Ibadan.

The leadership of Oyo District of The Criterion, an association of Muslim women in business and the professions made the call while on a condolence visit to the families of Barakat Bello at Oloro and Azeezat Shomuyiwa at Ijefun communities in Akinyele Local Government.

Addressing the families of the victims, Amirah of The Criterion, Oyo District, Alhaja Falilat Olatunji said the rate at which women were being murdered was worrisome calling on government to ensure the perpetrators were booked.

“I don’t know how individuals staying in a populated environment could be murdered in broad day light without being arrested. The government must ensure that the perpetrators are fished out. They should be able to trace the evil ones behind the cases”.

The National Vice- President of the Association, Alhaja Medinat Akanni decried rape cases which had become rampant urging government and security agencies in the state to collaborate to ensure that justice prevails.

“In all ramifications, we say no to rape, there must be an end to it. We encourage our security outfits and other stakeholders to beef up security and safe people’s lives. Enough is enough”.

Another member of the association, Alhaja Sukura Jimoh urged the families to take the incidents as acts of God and prayed Allah count the deceased as inmates of Aljannah Firdaos.

In their separate remarks, the mother of late Barakat, Mrs Kafayat Bello and mother in law of late Azeezat, Mrs Oluwatoyin Imam expressed displeasure over the sudden demise of their daughters and called for justice to serve as deterrent to others.

“It was around 5:30 pm that the incident happened. I want government to bring out those behind the dastardly act as I can’t see my promising daughter again”.

“This has to end, this is our turn today. Government must do something about this ungodly act to prevent future recurrence”.

Apart from the relatives that were consoling the parents, other Muslim faithful including members of Muslim Students’ Society of Nigeria, MSSN, which is the organisation that the victims belonged to were also around to pay tributes.

Security personnel were also on ground within the areas.

Last week, an 18 year old Barakat Bello was raped and killed at her parent’s home while Azeezat Shomuyiwa, a 29 year old pregnant woman was also murdered at her residence.

Does Alao-Akala Have Fetish Incisions On His Body? | Festus Adedayo