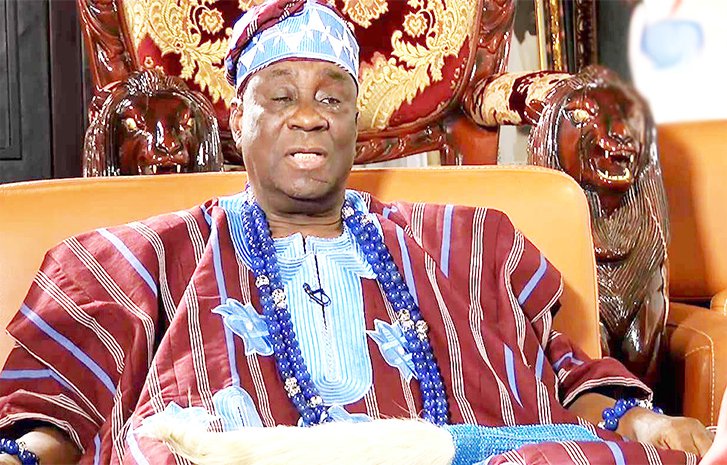 An Ikeja High Court on Friday declared Rilwan Akiolu as the bona-fide Oba of Lagos.

Justice A. Candide-Johnson made the declaration after dismissing a 16-year suit by several Lagos princes seeking to remove King Akiolu as the Oba.

In a two-hour judgment, the judge held that the claimants, including Prince Adedoyin Adebiyi and Prince Rasheed Modile, both of the Akinsemoyin Ruling House of Lagos, failed to prove their case.

He held that the evidence offered by the defense before the court, showed that Akiolu had a rightful claim to the throne.

Justice Candide-Johnson said: “The claimants alleged that the Solanke Tribunal submitted a Report in 1976 stating that the Obaship stool is by rotation. None of the claimants produced a copy of the report in court.

“The claimants failed to provide concrete of credible evidence of the alleged rotation of the two ruling houses.

“The claimants claimed the Akiolu branch of the Ologun Kutere line has gone into extinction. The third defendant (Akiolu) in his evidence was able to trace the lineage of his stool.

“The evidence of the claimant’s witnesses were full of contradictions. From the totality of the evidence before the court, I hereby pronounce His Royal Majesty Oba Rilwan Akiolu, is the valid legitimate Oba of Lagos.

“The case of the claimants is hereby dismissed.”

The judge observed that no lineage of Oba Akinsemoyin has been able to become Oba of Lagos for over 200 years.

“For 200 years all the Obas of Lagos trace their lineage to Oba Ado and not Akinsemoyin.

“A burden of the Akinsemoyin descendants has been to succeed the throne of the Oba of Lagos and this suit is reflective of that,” he said.

Prince Adebiyi and Prince Modile had further claimed that Akiolu’s coronation failed to observe a customary 90-day waiting period before a new Oba can be enthroned after the demise of the former Oba.

But the court noted that no such custom was binding in the installation of an Oba of Lagos.

Justice Candide-Johnson said: “I hold that the customs and traditions represent the legal, credible customary law of succession to the throne of the Oba of Lagos.

“In his evidence, Oba Akiolu eloquently quoted and gave examples of three previous Obas who were installed as Obas with no 90-day rule.

“The 90-day waiting period is not the custom of the people of Lagos and not a binding rule in the installation of the Oba of Lagos.

“The claimants have failed to prove the authenticity of the 90-day rule,” Candide-Johnson said.

Adebiyi and Modile were candidates chosen by the Akinsemoyin Ruling House to contest the throne of Lagos in 2003 after the demise of Oba Adeyinka Oyekan, in March 7, 2003.

They lost the race to Akiolu, who they alleged had no rightful claim to the throne.
They filed the suit on May 30, 2003.

Joined in the suit as respondents were the state governor and the then Attorney-General of Lagos State, Prince Awobade Pearse.

Others are the representative of the Ologun Kutere Ruling House and Chief J.J. Junaid-Eko and the head of the traditional white cap chiefs of Lagos.

Other respondents include Prince Kola Balogun and Mr Musibau Kelani, who are the respectively the Head and Secretary of the Eshilokun Royal Family.