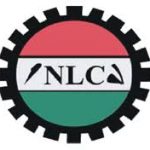 It a beautiful day with good news to state and federal government workers as the Senate has approved N30, 000 as the minimum wage for Federal and State workers.

This follows the passage of the National Minimum Wage Bill by members of the upper chamber on Tuesday.

The Senate President, Bukola Saraki, during plenary, commended the Nigerian Labour Congress (NLC) for carrying out their efforts responsibly and ensuring that their demands were heard.

“I want to commend the leaders of the organisations of the union. Let me also state that as government, we should ensure that at times like these, we should not wait for there to be strikes to do what is truly deserving for our workers.”

“I hope that with this minimum wage our workers will double their efforts to increase their productivity so that we can also improve the general productivity of the country. It is my hope that the implementation of this will start immediately.”

As it is, it now a new administration new wages for the civil servant I’m Oyo State as the newly elected governor. Engr. Seyi Makinde already promised the payment of N30,000 minimum wage if elected.

Don’t be Carried Away, Start Equipping Yourself For The Task Ahead – Oyo APC Tells Governor Elect

Just in: Makinde dissolves OYSIEC Board