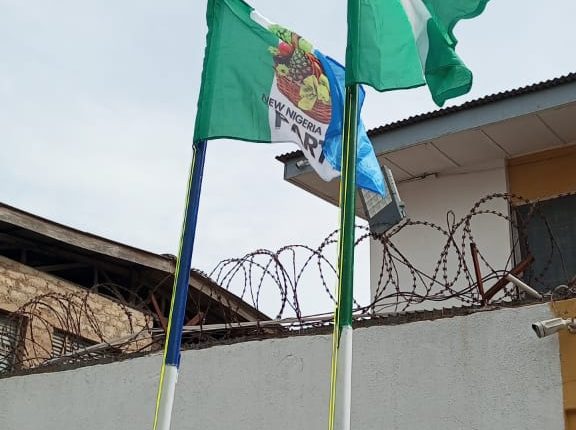 Olopoeyan and his loyalists in a joyful mood dance to celebrate their exit from the Oyo state rulling party.

Great leader as fondly called by his followers ordered the lowering of PDP flag which has been flying high in front of his house for over 15 years arround 4:15pm on Saturday afternoon and was immediately replaced with NNPP Flag.

According to Olopoeyan, he said he will make his NNPP official political statement on Monday morning.