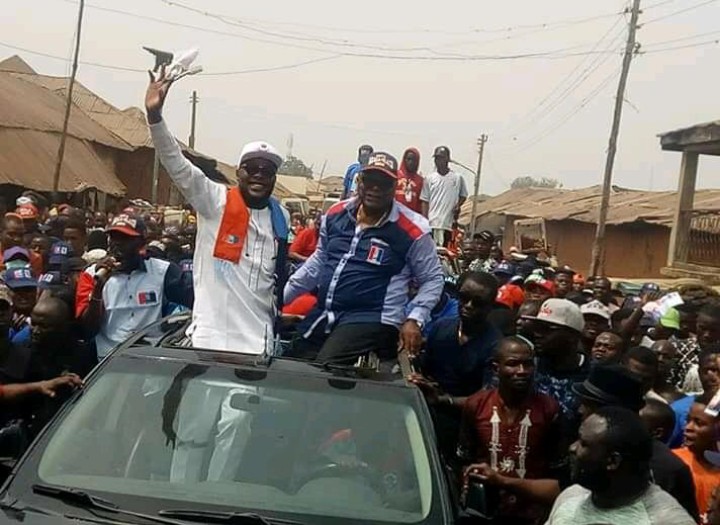 With confirmation to the claims of ex governor Alao Akala on a radio programme few days ago, stating that, his begotten son, Olamiju Akala is not part of All Progressive Congress ( APC ) and will never be, his assertion has been affirmed as the current chairman of Ogbomoso North has declared his support for African Democratic Party ( ADP ).

Mr. Olamiju, Ogbomoso North Local Government Chairman previously debunked his father statement a day after his father made the statement on a radio programme in Ibadan but now, the real political status of Hon. Olamiju Alao has been known.

Hon. Olamiju who got the Ogbomoso North Chairmanship seat through election on the platform of All Progressive Congress during the good days of his father Otunba Alao Akala with the ruling party.

Oyo To Begin Payment Of Gratuity Of Post-2019 Retirees

Even If Gov. Makinde Had Chosen A Right Candidate From Oyo…