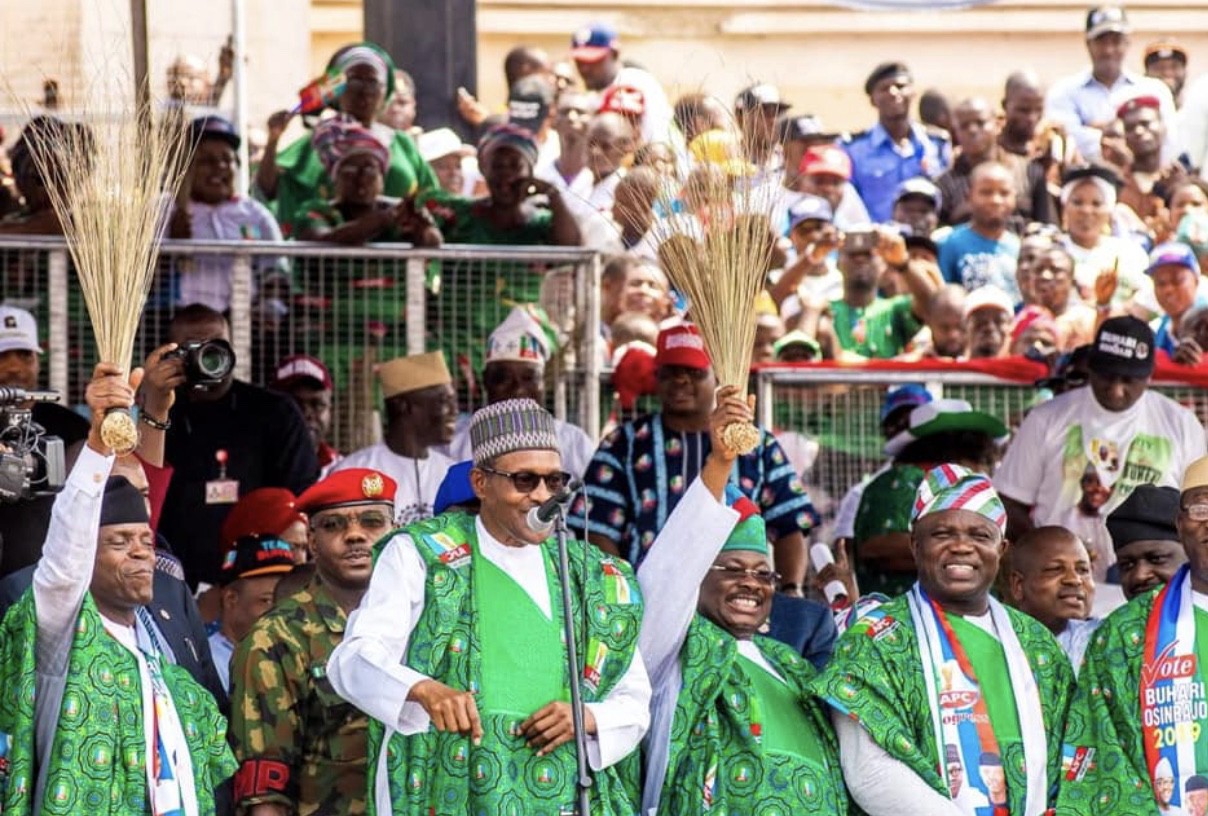 Oyo State Governor, Senator Abiola Ajimobi, has described President Muhammadu Buhari’s re-election for another four years as a referendum in support of integrity, good governance and the fight against corruption.

A statement by the governor’s Special Adviser on Communication and Strategy, Mr Bolaji Tunji, on Wednesday congratulated the President for his landslide victory over his major challenger, Alhaji Atiku Abubakar.

Ajimobi thanked the people of the state for their steadfastness and support for the APC over the years, which he said puts a question mark on the purported victory of the Peoples Democratic Party in the presidential election result in the State.

He also expressed gratitude to the people for ensuring the emergence of nine out of 14 House of Representatives candidates of the party and two senatorial seats out of three, which he said would give the state a strong voice in the National Assembly.

He urged the people of the state to leverage the APC’s victory at the centre by ensuring that they cast their vote for the party’s governorship candidate in the state, Chief Adebayo Adelabu.

Ajimobi said, “The victory of President Muhammadu Buhari in the face of odds and inexplicable desperation by the opposition to wrest the government at the centre gladdens my heart.

“It is a referendum in support of integrity, good governance and the fight against corruption.

These are the values that the President and our great party, the APC, stand for and have been pursuing vigorously in the last four years.

“My appeal to the good people of Oyo State is to please cast their vote for the APC in next Saturday’s governorship and House of Assembly elections. This will enable us to leverage on the party’s victory at the centre.

“Oyo State cannot afford to fall into the hands of the opposition. We have laid a solid foundation for the rapid socioeconomic development of our state and we should not wittingly take steps that will halt the momentum.

“The interest and development of Oyo State will be guaranteed when we remain with the party at the centre, judging from past experience. I’m therefore appealing to the people of the state to entrust the APC with their mandate to continue the unprecedented legacy projects.”

As the father and leader of the party and the government, the governor said that he had taken his contestable loss of Oyo South senatorial election to the opposition in his stride, describing it as a sacrifice for the larger interest of the state.

In spite of the development, Ajimobi said he remains undaunted, vowing to lead the party into victory in the governorship and Assembly elections on March 9