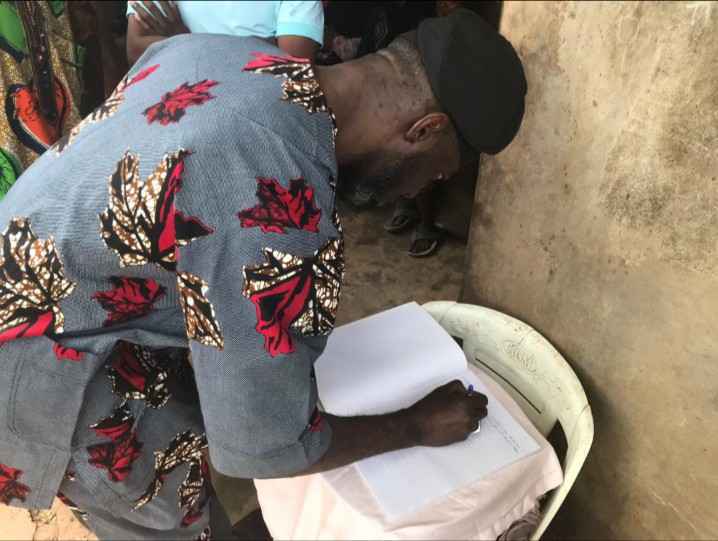 Mr. Bimbo Adekanmbi, immediate past commissioner for finance and Budget has expressed sadness over the death of Alhaji Babatunde Oreitan, Oyo APC chieftain who was murdered by unknown killer at his residence in Ona Ara local government of Oyo state.

Adekanmbi who joined thousands of sympathisers in the state to commemorate with the family of late Alhaji Oreitan described the late APC chieftain as a committed leader who put in his best for the smooth running of democracy in the state, said Baba led his people with absolute dedication to the highest good.

In his his message on condolence register book, Adekanmbi wrote and signed: ” Our leader, Baba wa, Baba Ore, only God knows all. We are shocked and saddened. May Allah grant you rest, Amen. You will be greatly missed by all. Abimbola Adekanbi ward 4 Ona Ara “.

Consoling the family of Alhaji Oreitan, he said: “I received with sadness, news of the death of Baba. He was a kind gentle old man. He was courteous to all who met him. He was kind to friends and strangers alike, and he gave of himself generously to those who went to him for leadership tutor, his political leadership was never about personal ambition for its own sake.

“He was a man of the people, who served for the people and now, has left a legacy which the rest of us must emulate and surpass.

“My heart goes out to Baba wives, children, his extended family, political associate and to his friends, I pray that God will give them the grace to bear this loss, and grant Al-Janah Fridaos to our Baba”. Adekanmbi concluded.

We Will Partner NGO’S To Bring Development To Oyo…