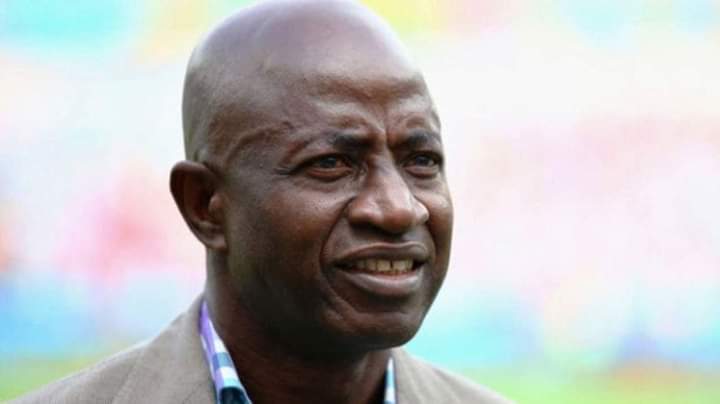 Why We Lost To Zamalek In ’84 – Odegbami

The memories of that fateful day would continue to linger on the minds of soccer loving Nigerians. As much as the cacophony that followed the dead silence after the blast of the final whistle of that African Champions Cup final match between IICC Shooting Stars of Ibadan and Zamalek of Egypt.

It was the second match of the two- legged 1984 African Champions Cup final. Zamalek had won the first leg 2-0 in Cairo. Playing the second leg in Lagos before a 90,000 crowd, the expectations were high as Shooting Stars had the opportunity to go into the record books again as the first Nigerian team to win the cup after earlier claiming a first ever African Cup Winners Cup in 1976.

Everything went wrong on the day. Not even playing the game in the hot sun could give the star- studded Ibadan based team the leeway to upturn the 0-2 deficit. Rumours had it that Shooting Stars came to Lagos with hordes of juju men.

Different incarnations and the fabled chants of ‘Balubalu l’afin wo. Afin nri ran osan’ ( Albinos don’t see clearly in the afternoon), did nothing but the opposite. As captain of Shooting Stars, Ogbein Fawole put the ball into his own net beyond the reach of goalkeeper Raymond King, to complete the 3-0 humiliation to the Egyptians.

Speaking exclusively with Sports Chronicle Magazine’s Editor, Akeem Busari, legendary former Nigerian star winger, Segun Odegbami explained that the rumours of the team’s dependence on juju could be true to those who believe in its existence or efficacy in football.

” For the spiritually-minded what you suggested could be true. There was too much confidence as a result of all these beliefs in spiritual interventions,” he said.

” The team was not at its best. Felix Owolabi, the power house of the team, had collected two yellow cards and was not eligible to play in the finals. I had been injured since the first semi final and was unfit for the match. The team was also unlucky on the night in Lagos. We also lost several scoring chances and conceded an own goal” Odegbami fondly called ‘Mathematical’, explained.

The day after the second leg, Shooting Stars were disbanded by the government for ‘putting shame on Nigeria.’

I ‘II Be More Fair If Re-elected, Makinde Tells…

Finally, Makinde, Wike Others Decide To Meet Atiku At The…