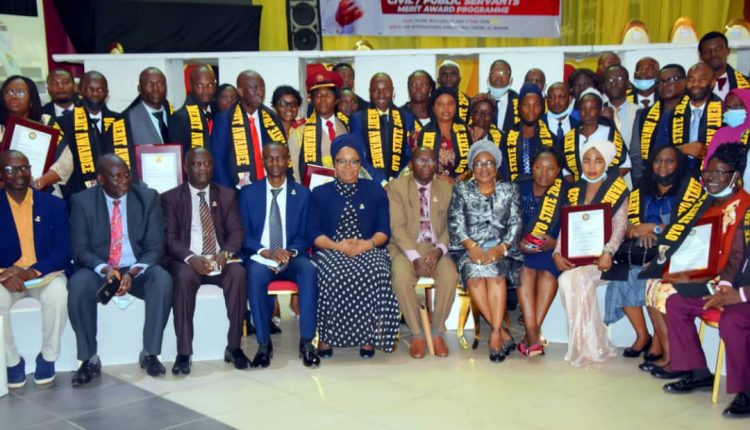 We Will Continue To Recognize Civil Servants As Tools For Development – Gov. Makinde

The Oyo State Governor, Engineer, Seyi Makinde has said that the present administration in the State would continue to recognise Public/Civil Servants contribution to the development of the State.

Governor Makinde stated this during the year 2020 productivity and Merit Award ceremony held at International Conference Centre, University of Ibadan.

He said the Merit Award was one of the many ways the present administration is using to boost the moral of Civil Servants to enable them perform optimally.

He added that the present administration in the State would continue to pay salaries of its workforce on the 25th of every month, while reiterating that the 13th month salary would continue to be be paid every December of the year.

Governor  Makinde commended the State Head of Service, Mrs Ololade Agboola for nominating a committee of competent Management Staff from the Oyo State Civil Service who screened and selected the awardees.

He reiterated further that progress of a Government rest on its Civil Servants hard working and loyalty to the system, just as he charged them to be more diligent in carrying out their duties.

In her remark, the State Head of Service admonished the awardees to remain good ambassadors of the State Civil/Public Service, saying that, this is not the time to rest on their oars.

“Since the inception of this administration, lives have been more meaningful to the Civil/Public Servants in the State, starting from the regular payment of salary, to the payment of pensions and gratuities and the recent approval for regular trainings, seminars and conferences for workers”.

Operation Burst In Ona Ara Up To The Task – Oyo…