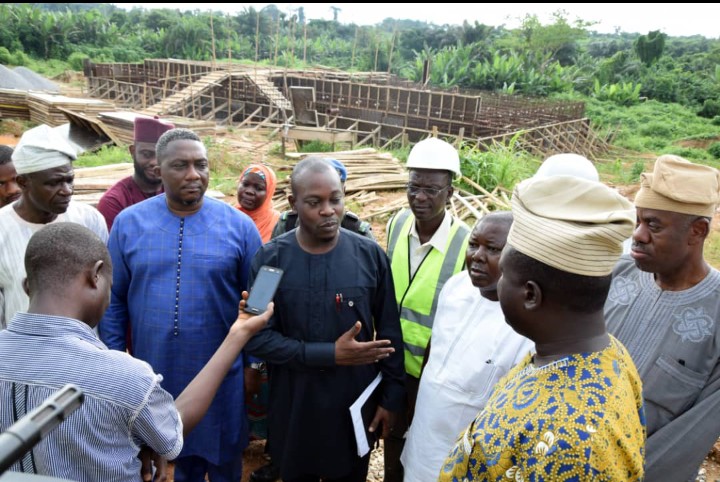 We Are Not Out To Witchunt Any Contractor – Committee Chairman

The Chairman, State Committee on the Review of Contracts and Projects Engineer Adedamola Falade-Fatila has disclosed that the Committee is not out to witchunt anybody but to ensure that the common wealth of the good people of Oyo State is being spent judiciously and to make sure that the Projects awarded can stand the text of time.

Engineer Falade-Fatila stated this during inspection visit to some of the Projects awarded by the immediate past administration in the State.

Engineer Falade-Fatila hinted that the on-going inspection tour to various sites has started yielding Positive results, as some of the contractors have gone back to their respective sites to ensure timely delivery of the projects.

He said tracking the projects is an important assignment for the Committee as the State Goverment had spent humongous amount to mobilize the contractors handling the Projects without commensurate progress to show for it.

Present at the site inspection exercise were other members of the Committee, including Prince Seun Adelore, Dr. Idowu Oyeleke and the Acting General Manager, Water Corporation of Oyo State, Engineer Samuel Adegboyega and his team.

Democracy Day: Let Unite To Save Our Country – Gov.…