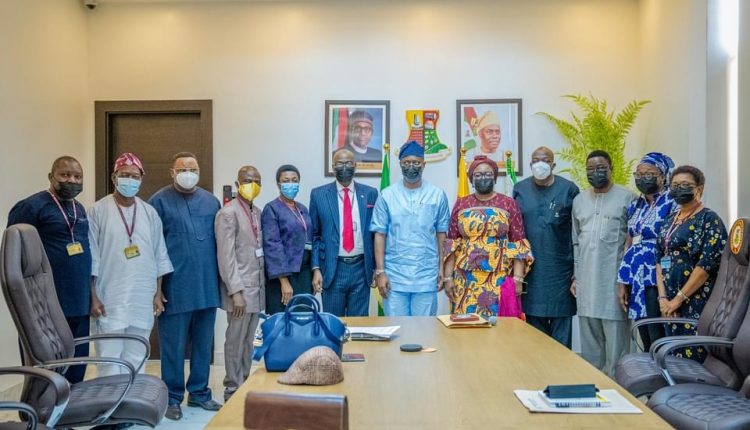 Oyo State Governor, Engineer Seyi Makinde says for the country to solve some of its problems, governments at all levels, industries and academia will have to collaborate.

Governor Makinde, who stated this while receiving a delegation of the University of Lagos, Akoka, led by its Vice-Chancellor, Professor Toyin Ogundipe, in his office, Secretariat Agodi, Ibadan, called for an improvement in the relationship between the town and gown, adding that the two should maintain a mutually beneficial relationship.

Govérnor Makinde said Oyo State would explore the opportunity of having a Memorandum of Understanding with UNILAG on how to address some of the challenges facing the state.

While responding to the institution’s request for support towards the hosting of the Nigeria Universities Games Association (NUGA) events later in the year, the governor assured that the state would support the university, while he would also make his contribution as a private citizen.

Earlier, UNILAG’s Vice-Chancellor, Professor Toyin Ogundipe, had described Makinde as a worthy and distinguished alumnus, even as he expressed the readiness of the institution to partner with Oyo State on how to reduce unemployment and promote entrepreneurship.

Some of the other members of the delegation included the newly-appointed Deputy Vice Chancellor (Development Services), Professor Ayodele Atsenuwa, and the University’s Registrar, Mr. Oladejo Azeez.