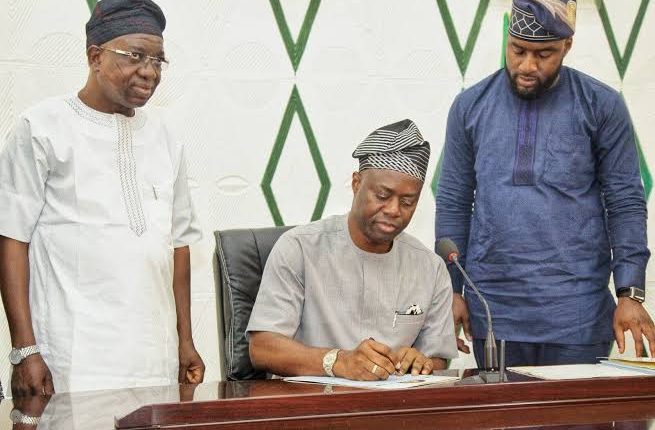 The Governing Council, Management, Staff and Students Of Adeseun Ogundoyin Polytechnic Eruwa have rejoiced with His Excellency Gov. Seyi Makinde on his two Years Anniversary as the Executive Governor Of Oyo State.

In a press release jointly signed and made available to news men on Saturday by The Governing Council and Management of the institution, Gov. Makinde was described as an achiever and builder of modern Oyo State.

“On behalf of the Governing Council, Management, Staff and Students Of Adeseun Ogundoyin Polytechnic, Eruwa, Oyo State, we heartily rejoice with Gov. Makinde on two years anniversary as the number one citizen of the Pace Setter State.

“We sincerely and wholeheartedly appreciate your unflinching supports since the inception of your administration till now, most Importantly, your support for the accreditation of over 20 courses both at the National Diploma and Higher National Diploma levels in our prestigious institution.

“It is obvious that your performance since the beginning of your administration has been unprecedented, we sincerely appreciate your selfless, unwavearing efforts and sterling leadership in making Oyo State greater in a short while, this shows that you are a charismatic leader.

“We celebrate your uncommon achievements and pray for more wisdom, sound health and strength to take Oyo State to a better position”.

Tampering With Oyo Ward Congress List Is Invitation To…