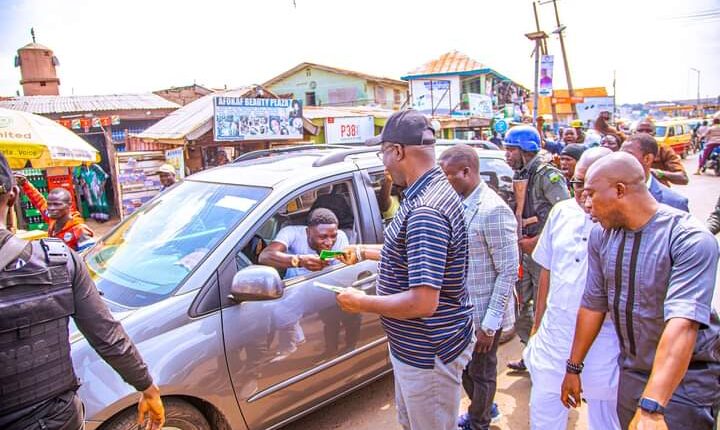 Oyo State Governor, Engineer Seyi Makinde has urged the electorate to vote for candidates of the Peoples Democratic Party, PDP, in the forthcoming general elections.

Governor Makinde stated this at Consultative and Town Hall meetings with stakeholders of the PDP in Oyo Federal Constituency.

The governor said the PDP has become stronger in the constituency following the resolution of the internal wrangling among its members.

Governor Makinde said he was confident that the PDP would win all elections in the zone, because according to him, he has fulfilled over 80 per cent of his campaign promises to the people.

Speaking at the Town Hall meeting, held at the Atiba Hall, Oyo Town, Governor Makinde declared that if he is re-elected, there would be an upgrade of good governance, hence the campaign theme Omituntun 2.0.

The governor also reeled out the achievements of his government in Oyo zone as including; the building of the ultramodern Akesan Market; construction of Gedu-Oroki-Sabo Road; the renovation and equipment of Primary Health Care Centres and the Light-up Oyo Project, among others.

Governor Makinde equally used the opportunity to refund the nomination fees of all PDP aspirants for National and State Houses of Assembly positions in Oyo zone, adding that similar gesture would be extended to all PDP aspirants across the state.

The Town Hall meeting had in attendance all the party leaders and stakeholders in Oyo zone as well as all the party’s standard-bearers for the National and House of Assembly elections.

Breaking : PDP Stakeholders Resolve To Proceed With An Early…