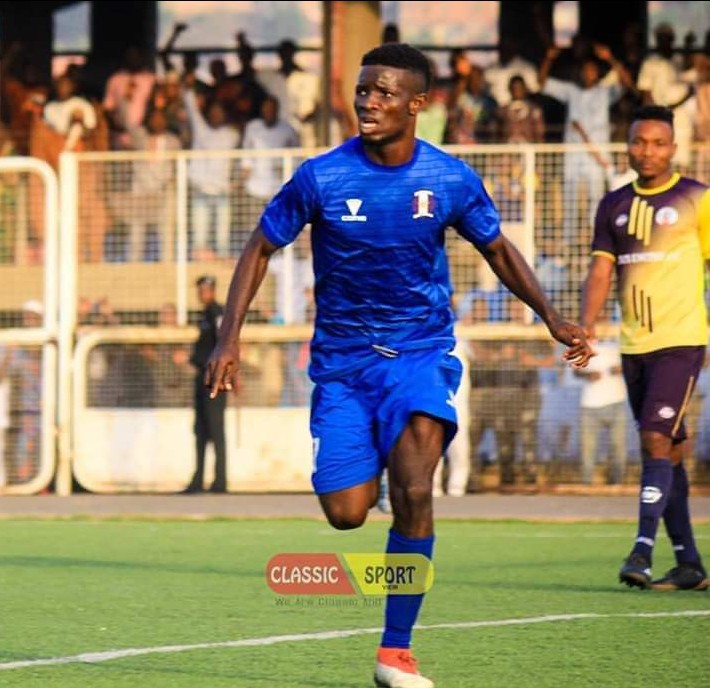 Sunday’s Goal, One Of The Most Important Of My Career – Chinedu Enuademu

Scorer of the only goal that gave Shooting Stars Sports Club (3SC) of Ibadan, an important victory over Ekiti United, Chinedu Enuademu, said the goal will remain one of the greatest of his career.

The former Osun United of Osogbo attacker, came off the bench to hit target, with about four minutes left, to earn the Oluyole Warriors the maximum points against the stubborn Ado -Ekiti based side, in the NNL Matchday five encounter, decided at the Lekan Salami Stadium.

The strike, his first league goal since he teamed up with the Ibadan soccer lords, ensured 3SC maintained their hundred percent home record as well as extending their lead on the Group B1 table.

“I can’t explain how elated I am, not only because I scored but because of what the goal meant to the entire team, our management and the fans,”” he told Shooting Stars Media.

“Our governor was here, it would have been disastrous if we had failed to win. We would have disappointed His Excellency in a huge way.

“I thank God we eventually won but I am more grateful that I scored the goal that gave us victory, this is one of the most important goal of my career and I cherish the joy of the moment”, said Enuademu.

“I dedicate the goal and the victory to our governor, the commissioner for sport, our management and my teammates, our supporters as well as the coaching crew, for giving me the oportunity to do what I did”, sounded the left footed attacker.

Thank You Ibarapa, Your Support For Me Was Massive – Oyo APC…