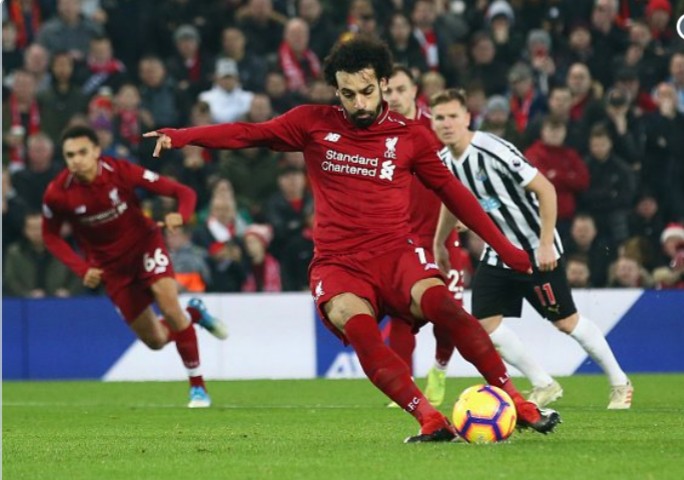 Liverpool star man Mohamed Salah has been cleared to play the Reds next crunch games against Arsenal and Manchester City. The 27-year-old striker faced a potential two-match ban for taking a tumble in the penalty box in the Reds 4-0 win over Newcastle. Referee of the match Graham Scott reported he felt to have made a mistake to have awarded the penalty to Jurgen Klopp’s side.

Salah seemed like he went down too easily after a flick on his arm from Newcastle defender Paul Dummett.

The Egyptian forward tucked home the resulting spot kick and recorded his 12th Premier League goal of the season but Toons boss Benitez bemoaned the soft penalty. But the English FA have studied the footage and have decided to take no action disciplinary after reviewing the footage.

Salah would have been handed a two-match ban if found guilty of deceiving the referee to win the penalty. That decision will be a huge relief for Salah, as the Reds will be taking on Unai Emery’s side and Pep Guardiola’s City in their next games. Jurgen Klopp’s men moved seven points clear of Pep Guardiola’s City with their emphatic win over Newcastle.