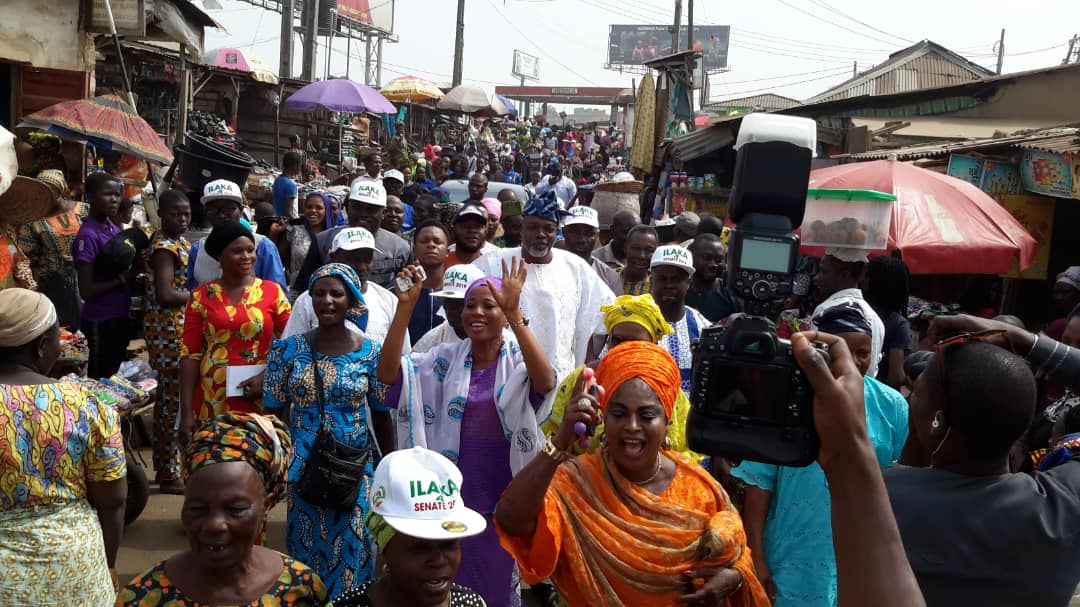 The Oyo Central people’s hope, Chief Bisi Ilaka again on Wednesday 26th receives more encomium on his endless supports for the youths and people of Ojoo and its environs, as he commissions Water Borehole and made a donation of Acres of Lands for the construction of ultra modern multi purpose hall initiated by the Ojoo Youth Organization, a youth organization at Ojoo Community Akinyele Local Government Area of Ibadan, Oyo State.

During the commissioning of the Borehole project and voluntary donations for the building of ultra modern Multi Purpose Hall which will be the Ojoo Youth Community project next year, Chief llaka boast of his past made promises that had already been fulfilled for the Ojoo Youths, he also assures them of his inflicting support for the completion of their Multi Purpose Hall Project in which he had already donated acres of lands for starting up of the project.

Chief Bisi Ilaka, the PDP senator for Oyo Central in his philanthropist gesture assures immense support for every individual youth or group that makes the development of his/her or their immediate community priority “

The Federal Government of Nigeria Launched Another Youth…

Gov. Makinde Declares Next Tuesday As Public Holiday To…