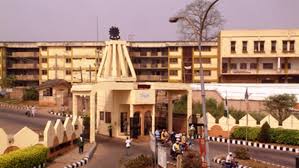 Following disruption of academic activities at the Polytechnic Ibadan, the management of the institution has ordered the students to proceed on mid-term break with immediate effect.

The Public Relations Officer of the institution, Mr Soladoye Adewole said the break, which would end next week Wednesday, would give the management the opportunity to examine the situation which he claimed was a fall-out of disagreement over a football match played yesterday.

Mr Adewole said the Students Union had also been suspended.

The students’ rampage which began yesterday as a result of disagreement over the winner of female football competition led to an alleged stabbing of a student, a situation which appeared to have resulted in a reprisal attack.

Two lecturers, who do not want their names mentioned, confirmed the incident, noting that the situation could have been hijacked by cultists as there had been sporadic gun shots, forcing innocent students to scamper for safety.

Alli Visits Family Of Man Who Died While Searching For Place…