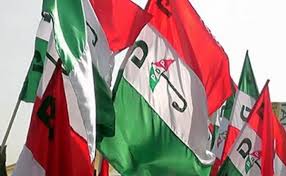 The Peoples Democratic Party (PDP) has extended the closing date for the sale of its nomination forms for its forthcoming ward, local government and state congresses to September 9.

The party announced this in a statement by its National Publicity Secretary, Mr. Kola Ologbondiyan, yesterday in Abuja.

It said the extension from the earlier scheduled closing date of August 27 to September 9 followed enquiries from PDP teeming members and supporters.

“The decision of the National Working Committee, in that regard, is in pursuant to its powers under the PDP Constitution 2017 (as amended),” the statement said.

It listed the affected states as Adamawa, Borno, Ebonyi, Kebbi, Kwara, Lagos, Oyo; Kogi (wards and local governments only); and Osun (some wards).

The PDP advised critical stakeholders and its members to be guided by the announcement.