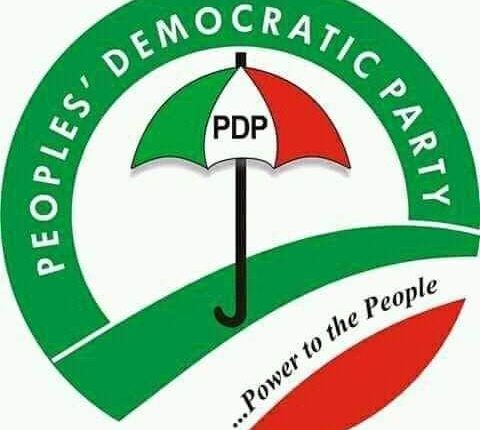 Peoples Democratic Party (PDP), Oyo state chapter, has commended the executive governor of Oyo state, Engr Seyi Makinde, over the recent rating by United Nation (UN) as being among the top 3 states in Nigeria with improved and quality standard of education across the country.

Engr Akeem Olatunji, the state publicity secretary of PDP, made this known in a statement signed and made available to newsmen on Tuesday.

The state chapter of PDP described governor Makinde as “Mr talk and do governor” who always matches his words with practical results adding that the party is also delighted in the governor’s sterling performance across all sectors.

The statement noted that should the PDP have gone ahead of UN to make such rating, some, particularly members of the opposition parties would have downplayed the veracity of such fact stressing that truth always remains constant.

The party described Makinde’s commitment to free and qualitative education is çommendable and worthy of emulation by serious minded governments across the nation and the younger generations.

The party explained that another proof of delivery of dividend of democracy through improved quality of education in Oyo state was made evident to the world when 3 of the 11 best results in the last UTME in Nigeria are from Oyo state.

“Ordinarily, we would have decided to be silent about it, but events over the years especially in this part of the world have shown that if you do not blow your own trumpets people will not fully appreciate what you have done and are still doing.

“The commitment of governor Seyi Makinde towards free and qualitative education in Oyo state among his peers is unrivalled and this is even more evident in the emerging facts and results.

“We as a political party understand the meaning of such high rating by the global body and it is the best way to commemorate year 2020 International Democracy Day, it means efforts of the PDP government in Oyo state is yielding desired results and it’s been recognized even at the international level.

“A Yoruba proverb says ‘if you want to plant yam at a spot and you discovered yam was already germinating there, next thing to do is tend to it and cultivate it for good harvest’ what this simply means is that Oyo state has long been in search of a Seyi Makinde to genuinely fix our dear state for us regardless of political parties.

“As a result of unflinching dedication to free and qualitative education in the state by governor Makinde, United Nations have rated us among top 3 states in Nigeria with quality education from the 27th position we previously occupied under the last administration.

“Our students from Oyo state have also emerged among top 11 best results in the last Unified Tertiary Matriculation Examination (UTME) in Nigeria, we want to reemphasize that governor Makinde is working and Oyo state is already progressing with practical results under his leadership.

“It is our firm belief that nobody in any clime works against a performing leader except agents of anti progress and anti people therefore, we urge all true illustrious sons and daughters of Oyo state home and abroad to continue to give this administration needed supports,” the party stated.

Alaafin, MKO, Afe Babalola And The Installation Of Are Ona Kakanfo | Onigegewura

What Led To The Death Of Tosin Thomas – Amotekun…