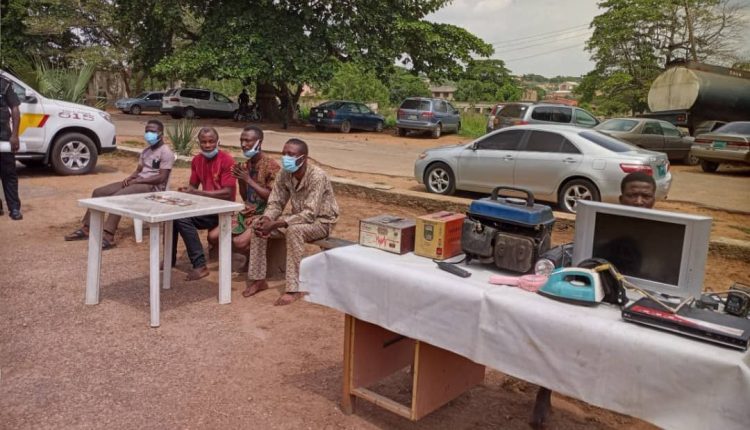 Commissioner of police in Oyo state, Mrs Ngozi Onadeko has assured members of the public of maximum security.

Mrs Onadeko stated this while parading some suspected criminals at the police headquarters eleyele Ibadan.

She said the fight against crime in Oyo state was a continioum hence the need for people to go about their lawful businesses without the fear of molestations and harassment from criminal elements.

Mrs Onadeko stated further that the command had deployed tactical intelligent and operational mechanisms to ensure comprehensive security provisions in the state.

The police commissioner solicited the continued support of the public by giving out credible informations to enable increased proficiency in qualitative service delivery.

She noted that two suspects who were alleged members of aiye confraternity, Oluwanisola Quadri and Olapade Oladimeji had been terrorising the students of LAUTECH .

Also, one Adediran Adeyemi was apprehended for impersonation and was specialised in defrauding unsuspecting members of the public.

Other suspects were arrested for various offences and they all confessed to the crime levelled against them.

The commissioner of police therefore promised to charge them to court after proper investigation.

Exhibit found with the suspects included, one plasma TV, two stabilisers, one generator, DVD player and some cash.

NGO To Empower 1M Pupils In Oyo, Benin Others

I Will Revisit Cases of Sacked Workers in Oyo State ―…