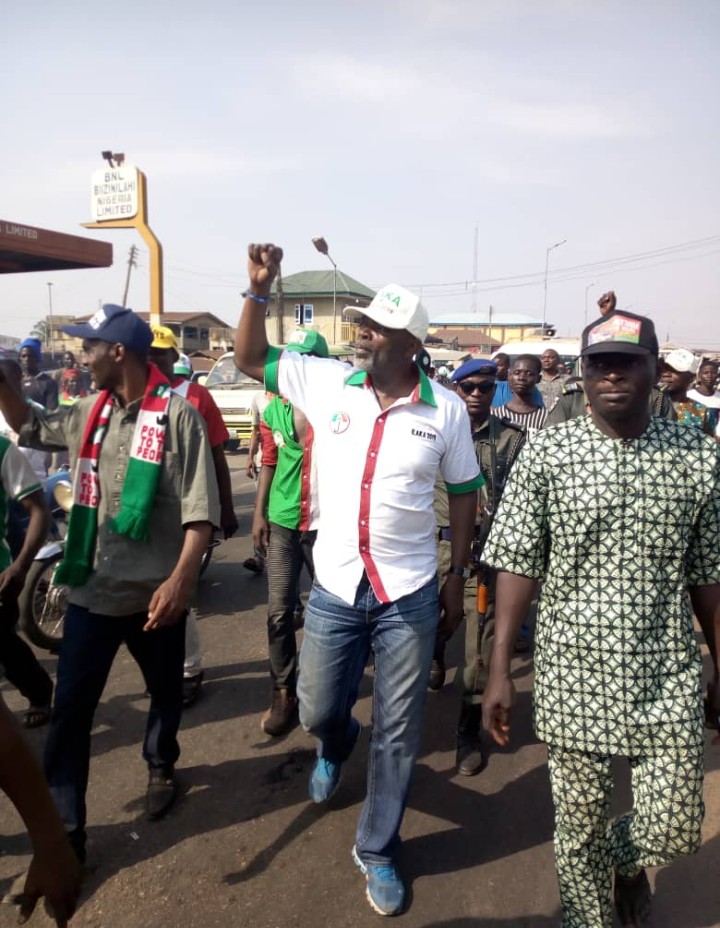 The entire indigenes of Oyo town, comprises of Afijio, Atiba, Oyo East, Oyo West with political groups such as, Bisi Ilaka Solidarity Group, PDP Youth OFC-Voice and PDP Women 4 Good Governance have expressed their confidence in the ability of Chief Luqman Oyebisi Ilaka on the task ahead as the Deputy Chairman of Transition Committee inaugurated by the Governor-Elect, Engr Seyi Makinde during the week.

According to the Chairman of the BISI ILAKA Campaign Organization in Oyo Federal Constituency, Hon Sakiru Ojo who doubled as the spokesperson of the groups of Oyo Indigenes, Rose from their meeting yesterday and applauded Engr Seyi Makinde for putting the round peg in a round hole, by appointing the Senatorial Candidate of People’s Democratic Party, Oyo Central Senatorial District, Chief Luqman Oyebisi ILAKA as the Deputy Chairman of the Committee. They described Chief Ilaka as a politician with wealth of experience and a patriot.

Hon Sakiru Ojo, reaffirmed their confidence reposed in Chief Ilaka to deliver the best in the discharge of the duties of the committee.

Oyo PDP: The Perpetrator Behind Imposition Of Candidate In…

I Was Over Whelmed Receiving Such Honors On My Birthday…