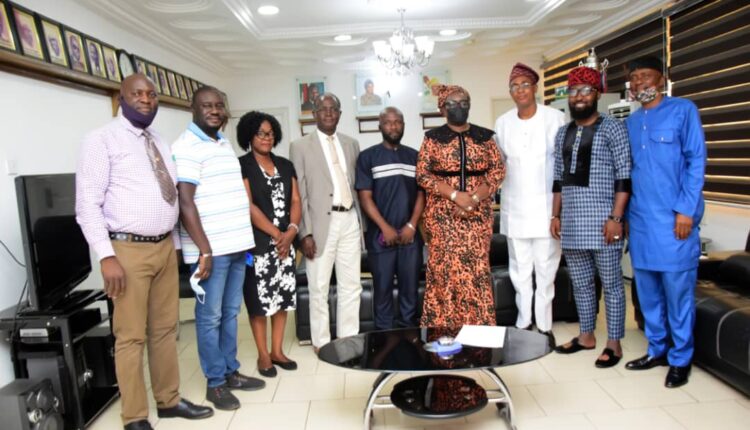 The Secretary to the Oyo State Government, Mrs Olubamiwo Adeosun has said that Gender Based Sexual violence is a menace that needs to be tackled in the society.

She stated this during a courtesy visit paid by the executive members of the Association for Reproductive and Family Health (ARFH) to the SSG’s Office, Secretariat, Ibadan.

The Secretary to the State Government said the present administration in the State will work with Non Governmental Organisations (NGO) to ensure that the society is free of Gender based Violence.

She said the State Government will do more sensitisation to make people aware that gender based violence is unacceptable in the society and the dangers attached to it.

According to the SSG, “we want everybody to be aware, our people need to be sensitized, both the victims and the molesters must be aware that gender based violence is a big offence in our society”.

The Nigeria Minifootball Association also paid a courtesy visit to the SSG’s Office and the Secretary to the State Government praised Oluyole Warriors on their elevation to Nigeria Professional Football League (NPFL), urging them to keep the flag flying.