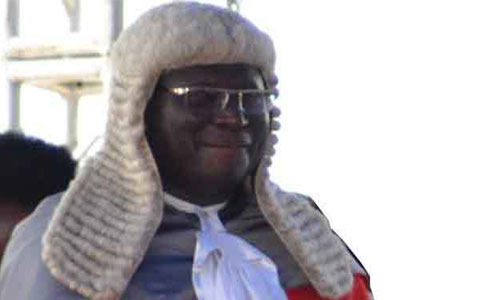 THE Chief Judge of Oyo State, Justice Munta Abimbola on Friday stated that the Saki judicial division of the state judiciary had over the years suffered from several infrastructural challenges which had affected the orderly and prompt disposition of cases in that division.

Justice Abimbola who made this known during the official opening of the new court complex at of the judiciary at Saki added that it is “sad to say that the court has all along suffered from several infrastructural challenges which no doubt has affected the orderly and prompt disposition of cases.

The premises used for both magistrate and high court were given by the local government as a result of the kind intervention of the late Okere of Saki, Oba Tijani Abimbola Oyedokun of blessed memory.

“I must salute the industry and courage of the judges who have kept the wheel of justice rolling since the inception of this judicial division even in the face of inadequacies. The making of this edifice of justice is a strong representation of our commitment to the rule of law and social justice, the testimony of our determination to ensure that discomforts, distance or geographical location are not a barrier to our citizen’s access to justice,” Justice Abimbola said.

You Have Three Months To Deliver Works That Commensurate…

We Intend To Return National Stadium Surulere To Its…