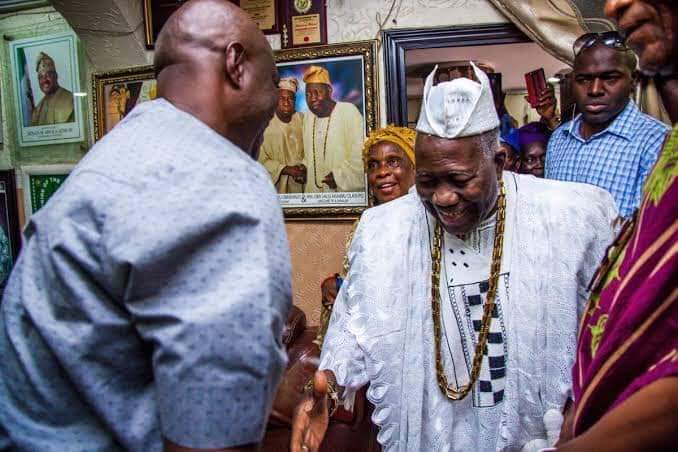 …as gov celebrates Olubadan at 92

Makinde, in a statement by his Chief Press Secretary, Mr. Taiwo Adisa, stated that the foremost monarch “personifies greatness and honour.”

He added that the tenure of the monarch, who he described as a royal pillar and custodian of Ibadan’s great values, rich history and tradition, has witnessed huge successes, unprecedented growth and development in his domain.

The statement quoted the governor as saying: “On behalf of the government of Oyo State, the sons and daughters of Ibadanland and the good people of Oyo State, I celebrate our revered father and monarch, the Olubadan of Ibadanland, His Imperial Majesty, Oba Saliu Adetunji, Aje Ogungunniso 1, on his 92nd birthday.

“Kabiyesi has been our royal pillar and custodian of the great values, rich history and tradition of our people.

“His tenure has coincided with huge successes, unprecedented growth and development of his domain.

“Kabiyesi, as you add another year, may the Almighty God uphold you and imbue you with good health and agility to continue to lead your people.”

Alli Hails Olubadan At 92, Says Ibadan Grows Under His Watch

What I Discussed With Buhari – Gov. Makinde