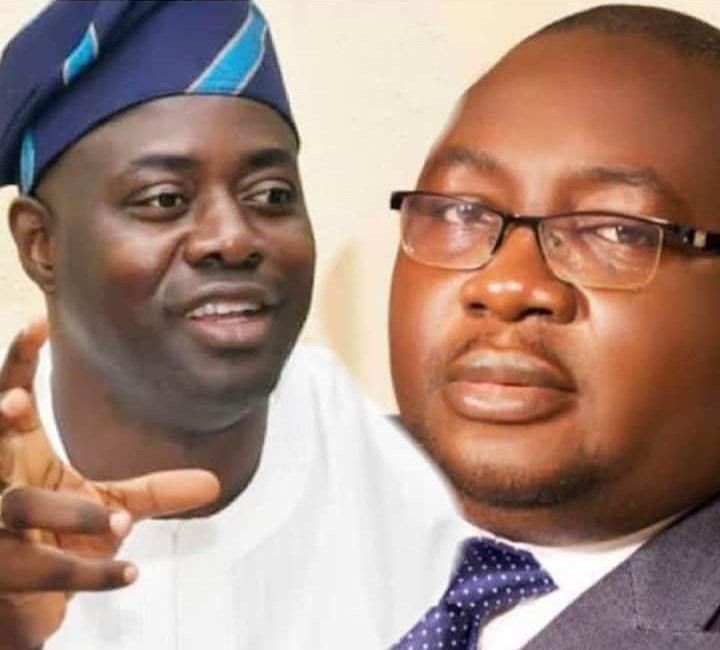 The controversy trailing the announcement of N100b bond by Oyo state has attracted the attentions of the sincere and also the pretentious citizens alike. More importantly, our noisy opposition party have taken up the sudden role of public counselor by claiming to educate the public but can we take them seriously? This is not a rejoinder but I have been challenged to write my opinion by someone who misses my late Leader, Hon Kehinde Olatunji Ayoola.

THE MYTH ABOUT LOANS: In Nigeria and particularly in Yoruba land, we are averse to indebtedness and seeking loans for anything is like applying for poverty. So on the average, when the semi-illiterate or illiterate hear of loans, they get scared, particularly when it’s such huge figures they consider inconceivable. Loans are neither good nor bad, it depends on what you apply it to and terms of payment. So when someone accused me of condemning Ajimobi for collecting loans, I boldly told him I never commented about loans in 8years of Ajimobi. I don’t condemn anyone for applying for loans, I am only curious about other parameters which are often not obvious to the public.

THE PROPAGANDA: We all know that politics in this clime is synonymous with lies but APC has mastered the craft of public deception more than any other party and it’s not reasonable to contend the fact with them. On this 100b bond, the claim and content of Mr Adebayo Adelabu are pure propaganda and best attempt to deceive the people. As former Deputy Governor of the Central Bank of Nigeria, one would have expected him to truly educate the people about the advantages of the Bond in general terms, raise concerns about the projects to apply it to and ask questions about the solvency of the state. However, the first class material has fallen my hand again by claiming his letter is not political and vied into partisanship instead of educational writeup; there is no better way to describe his letter than bitterness. In the Bible, the devil deceived mankind by raising a question to cause doubts, he didn’t tell outright lies but God described him as father of all liars. Some of the points raised by Adelabu are germane but his motives, like that of the devil are sinister, so we can claim he is the devil’s accomplice against the people of Oyo State. He asked many questions and provided terrible answers to justify his ulterior motives. Lagos State, the most economically buoyant state in Southwest and one of the stop 3 in Nigeria despite not being petroleum producing state is indebted to over one Trillion Naira as at today. The question is; how was the state able to open up the economy despite the huge indebtedness? America is one of the most indebted countries of the world but also one of the most developed too. The truth is that loans, bonds are not evil, it’s the application and terms that are important. For someone who claims to be so knowledgeable to outrightly condemn loans and bonds, he has betrayed the institution he represented and done great injustice to the people of Oyo State. Moreover, if he never applied for loans to expand his businesses, then I make bold to say he must have stolen our commonwealth to invest in businesses. Dangote is not just the richest man in Africa but one would be shocked to discover his companies too are the most indebted in Africa because great business expansions are done on credit facilities. My little investment understanding has confirmed that is the trend at such business echelons. Adebayo Adelabu should learn statesmanship and tell the truth to the public about bonds, not just the disadvantages inherent in such financial policy. Moreover, he acknowledged in his letter that he doesn’t have the details of Oyo State application yet, so why condemn it outrightly without having the fully grasp of the details. No wonder, it was while he was the Deputy Governor of CBN that the country plunged into recession because there were no good counsels.

PROSPERITY: Bones are slightly different from ordinary loans because the “debtor is bound to pay”. The terms of loan and repayment are not re-negotiable and there must be realistic plans of repayment. Having this in mind, applications for bonds cannot be successful unless the applicants has a repayment plan that cannot be faulted. Bond credit facilities are also attached to specific projects with detailed amounts for each. With this information, the creditors are protected, debtor’s performance is enhanced and success become inevitable. So, calling this “Prosperity Bond” can be described as the focus of the facility. The question that should come to sincerely financially enlightened citizens is; how viable are these projects and their connection to the prosperity of the state? The financial institutions would investigate this and also look into other sectors to confirm the interconnectivity of the viability from the perspective of solvency and repayment plans. Adelabu however confirmed in his letter that these projects are important.
Let quickly mention the Ibadan Airport and why it’s important for the posterity of Oyo State. Ibadan is the largest city in West Africa and a transit one to the other part of Nigeria from Lagos. I expected Adelabu to know how very important this would be to the economy of Oyo State, though it’s supposed to be FG project. Sen Kola Balogun has moved a motion for the upgrade of Ibadan Airport to International Airport and that would not be a relief to people of Oyo State alone, it would be the economic booster and relief to the whole southwest because of the hectic traffic in Lagos. Many people would not have to endure the Lagos traffic hell because of flight schedules. Also, more businesses would spring up along Alakia Airport; malls, hotels and other retail outlets. Adelabu that is in hospitality business is expected know better. Prosperity is inevitable once these funds are channeled to the listed projects, without diversion and unwholesome bargain like in the immediate past administration.

POSTERITY: As a people, irrespective of party affiliations, we should be posterity focused and leave good legacies for the coming generations. Nigerian politicians are more concerned about the next election, not next generation and that was why the immediate past national Chairman of APC can shamelessly admit his words against the present APC candidate for governorship in 2016 were political statements. The inconsistency in our so called political leaders is palpable and annoying. What is good should be good irrespective of who is involved or party he belongs. What is bad should be bad irrespective of party or religious colorations. Adelabu never condemned borrowing by the federal government, Lagos and Ogun states but believes it’s an aberration for Oyo State just because it’s a PDP state.

In conclusion, in the face of pandemic and global economy recession, many institutions and governments have resolved to external funding for survival and stability; this is expedient because of the major disruption in global economy by Covid 19. Oyo APC stalwarts are hellbent to make Engr Seyi Makinde fail, even if the people have to suffer for it. They condemn regular payment of salaries, they refused to contribute to the Covid 19 relief funds which are to help secure and rescue the masses, they condemned the free and qualitative education policy too. They are also condemning the Bond that can help to expand the economy of the state and better the lives to the citizens. Who knows what would be their next line of actions, in attempts to block the application for the bond but posterity shall judge us all.

LEADERSHIP QUOTE: The road to success is paved with doubters and haters. – Matshona Dhliwayo

My Husband Is Slowing My Economic Breakthrough, Woman Tells…

‘The Void You Left Won’t Be Filled For Many…