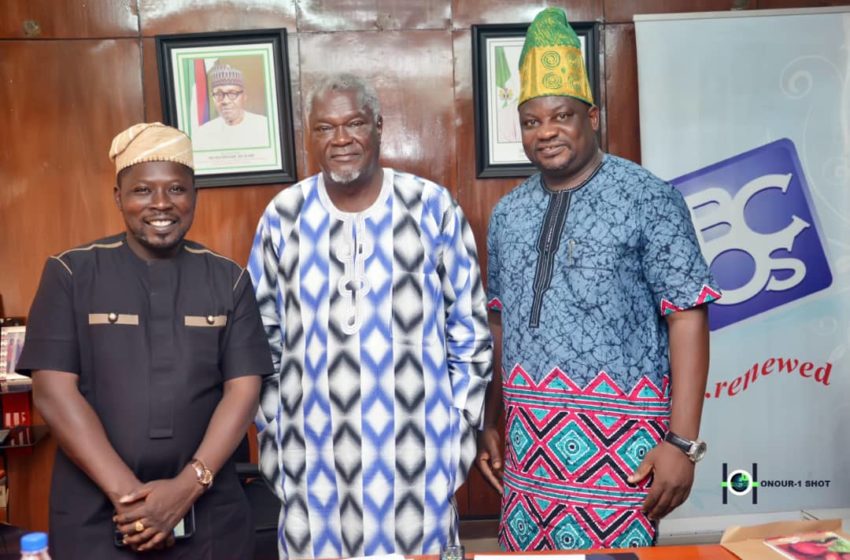 The Majority Leader, Oyo State House of Assembly; Hon. Sanjo Adedoyin has lauded the Executive Chairman of the Broadcasting Corporation of Oyo State, BCOS, Prince Dotun Oyelade for the general improvement in the performance of the State-owned Broadcasting Station.

He lauds the BCOS Boss and other members of the Management for the unprecedented improvement recorded in recent time and commended Prince Oyelade for bringing his rich wealth of experience to bear in turning around all the Radio & TV Channels of the State-owned Media Corporation.

Describing the recent award of the Most Efficient Public Corporation of Oyo State won by the BCOS at the Productivity Award Day Programme organized by the State Government as an honour well deserved, the Majority Leader enjoined the BCOS Boss not to rest on his oars.

He also gave kudos to Governor Seyi Makinde for appointing a thorough bread professional like Prince Oyelade as the Executive Chairman of the BCOS, describing it as putting the round peg in the round hole.

In his response, the BCOS Executive Chairman; Prince ‘Dotun Oyelade, who expressed his deep appreciation to the Majority Leader of the State House of Assembly and his entourage for the visit and his interest in featuring on the BCOS Radio Network repackaged Programme, ‘Ọ̀rọ̀ Tó Ń lọ’, assured him of more improved service delivery that will further educate, entertain and enlighten members of the public for the peace and progress of the State.

Lebanese Who Advertised Ibadan Lady For Sale On Facebook Arrested