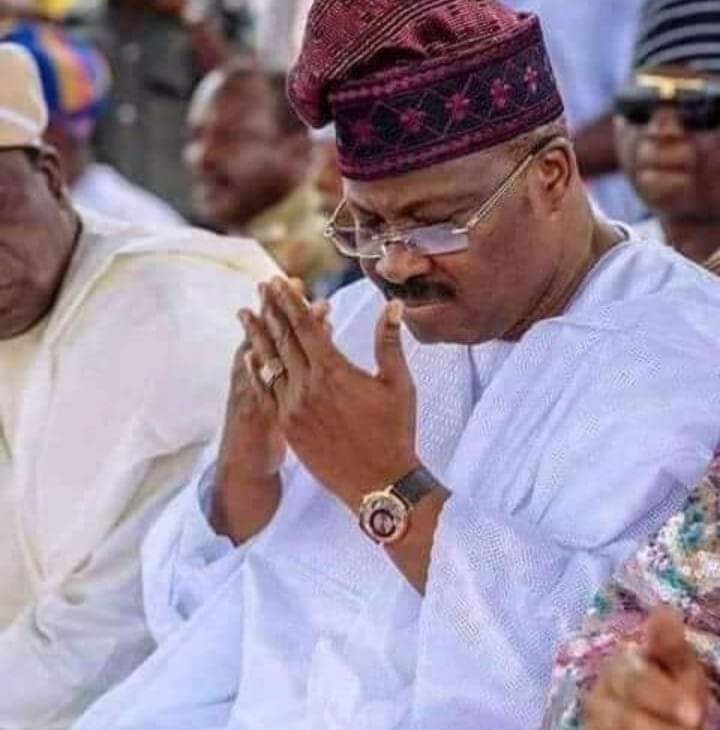 .Says Ajimobi’s antecedents in Oyo governance would be hard to equal, surpass

A chieftain of the People’s Democratic Party (PDP), in Oyo state, Alhaji Abulrasheed Adebisi Olopoenia, has commiserated with the family of late immediate past governor of Oyo state, Senator Abiola Ajimobi, who died on Thursday.

Olopoenia, in a statement made available to journalists on Saturday, described the late former governor of the state as one of the prides of Ibadan and indeed Oyo state at large whose absence would be sorely missed.

“I see Ajimobi’s death as a personal loss because during his lifetime, he always made me proud due to his peculiar ways of doing things and his exploits both in the political scene and the business World.

“I recall in 2012, one year into his administration as governor of Oyo State, he invited me to his house through Alhaji Fatai Ibikunle despite knowing that I did not supported his gubernatorial ambition.

“When I got to his house, I asked him why the invitation? that I did not supported him during the election. It was at that point that he said because I had the guts to say it to his face, that we have become brothers henceforth.

“Ever since that meeting in 2012, he has been a very good man to me and giving series of support financial assistance inclusive. Not minding the fact that I do not belong to his political party.

“I started praying for him the moment I got to know about his admission into the hospital, but God knows why he chose to take him at this point in time. I wept profusely when I received the news of his demise.

“There is no doubt about the fact that Ajimobi’s antecedents in governance of Oyo state remain unprecedented which successive administrations in the state would have to strive hard to equal or surpass.

“If anyone says Ajimobi was not a good man, my reaction to that is that Ajimobi is like a talking drum which faces one person and backs the other.

“I therefore, join other mourners to sympathise with his immediate family, business associates, political allies as well as the entire people of Oyo state on this irreparable loss and also pray to the almighty Allah the gracious, merciful and the most beneficent to grant them the fortitude to bear the loss,” He concluded.