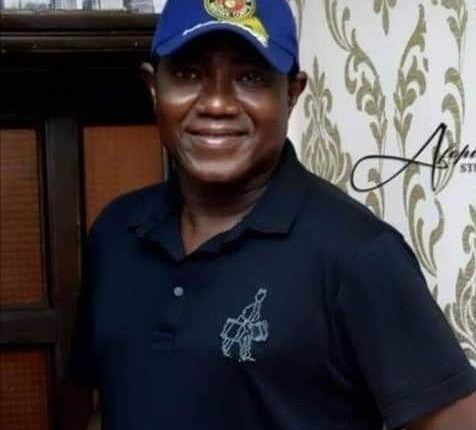 ........ Warns Him Against Meddling In Zonal Party Affairs

The People’s Democratic Party (PDP) has come very hard on Dare Adeleke, one the aides of Oyo State Governor, Engr Seyi Makinde, over his comment on the declaration of loyalty to the former Governor of Ekiti State, Ayodele Fayose, by leaders and national delegates of the party in the State.

Publicity Secretary of the PDP in Ogun State, Bankole Akinloye, in a statement on Wednesday, warned Governor Makinde against meddling in the affairs of State chapters of the party in the South West zone, saying “the clear position of the National Working Committee (NWC) of our very great party as ably led by Prince Uche Secondus has provided direction to H.E. Engr Seyi Makinde through the successful conduct of party congresses in the state. Therefore, we wonder why the Oyo state Governor prefers to act in defiance to direction of the national office.”

The statement read; “It has come to the notice of the Ogun State chapter of the People’s Democratic Party (PDP) of a news item signed and made available across some section of social media by one Dare Adeleke, a so called Chairman, Oyo Pacesetters Transport Service.

“Fundamentally, it is not in our character to respond or react to any piece of shenanigan thrown at the party in the media. But it has become very germane to set the records straight as far as it concerns Ogun PDP and the party politics in the south west so that undesirable elements like Dare Adeleke doesn’t feed unsuspecting members of the public with bile and treachery.

“Essentially, Ogun PDP is not, in any way challenging the leadership of H. E. Engr. ‘Seyi Makinde both in Oyo state and the South West geopolitical zone being the only PDP Governor in the zone. What we are opposed to is the continuous tendencies of H.E. for polarising the party in Ogun State. His Excellency, the Governor should rise above primordial attitudes of hobnobbing with non conforming members of the party at the detriments of the our faithful party men in the mainstream.

“Readily, the clear position of the National Working Committee (NWC) of our very great party as ably led by Prince Uche Secondus has provided direction to H.E. Engr Seyi Makinde through the successful conduct of party congresses in the state. Therefore, we wonder why the Oyo state Governor prefers to act in defiance to direction of the national office.

“Furthermore, it will better serve interloping elements like Dare Adeleke to note that the party in Ogun State has no issues with H. E. leadership in Oyo state, infact, H. E. is such a good man and we will respect him for that but we also urge him to develop an attitude of consulting widely with party structure in each state of the zone. Again, H.E. should also note that our party constitution has no room for a Governor General who has no required decorum and respect for our party leaders and structure.

“Perhaps we should clear Adeleke’s doubts that what the party wants and expects from Governor ‘Seyi Makinde at this crucial period is responsible leadership that will not undermine the peace of the party in the zone by meddling with internal party management in any state.

“Apart from these, we wish to make it crystal clear to Dare Adeleke and his faceless sponsors that the party in Ogun State is colorfully made of successful men and experienced leaders of impeccable pedigree and character and therefore we will not be available to trade in pettiness nor engaging in gutter fights with anybody in any guise or disguise.

“As stakeholders in the politics of South West geopolitical zone, Ogun PDP has made its decisions which is perfectly in tandem with its fervent believe in fairness, equity and justice.”

Sharafa Alli Pulls out of court case Against ADC And…