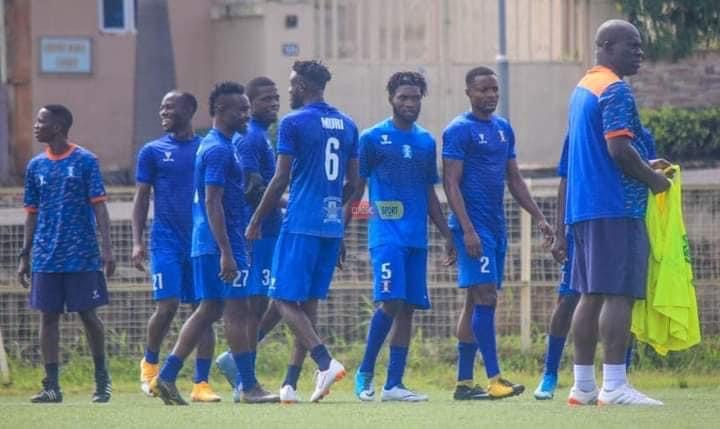 The mood in the camp of Shooting Stars Sports Club (3SC) of Ibadan, is positive as the players and the technical crew look forward to a victorious outing against Ekiti United.

The Oluyole Warriors, will confront Ekiti United in the final group match of the ongoing NNL Super 8 play off, holding in Enugu.

The match, initially billed for the Cathedral, the Nnamdi Azikiwe Stadium, will now hold at the University of Nigeria, Enugu campus (UNEC), with 3pm as the kick off time.

The Edith Agoye tutored lads are just one step away from realising their long time dream of returning the team to the topflight of the Nigerian league, the NPFL, four years after the club was relegated.

With four points secured from the previous games played (2-1 win over Insurance of Benin and a 1-1 draw with Remo Stars), the Ibadan soccer lords, need at least a draw to seal the ticket but could end up topping the table with an outright win, depending on the outcome of the group’s other game between Remo Stars and Insurance, also scheduled for 3pm at the Nnamdi Azikiwe Stadium.

Apparently aware of the huge expectations of millions of the team’s followers across the globe, the players and their officials are focused for a glorious outing on Saturday, bearing in mind the disappointment of the play off in Aba and Asaba.

Having come this far, 3SC, who had a blistering performance during the regular season, enroute this play off, are not ready to let go the opportunity this time around, as they are determined to get the required result needed to claim a spot in the elite league.

“We are not going to let this opportunity slip like the previous ones. We know it won’t be easy because Ekiti United were the only team that escaped defeat in our hands during the regular season and we know they will not be an easy nut to crack, but we are not going to take it lightly with them because we know what is at stake,” declared team captain, Omololu Wsheed.

Ekiti United, who shocked bookmakers by holding Insurance to a 1-1 draw on Saturday morning, after losing 0-3 to Remo Stars in their first game, need at least a 3-0 win over the well motivated Oluyole Warriors to stand a chance of picking one of the promotion tickets, but soccer followers will definitely describe such dream as tall.