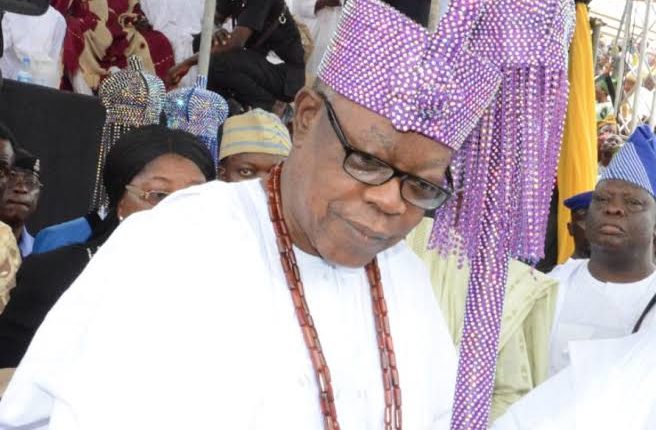 Association of Local Governments of Nigeria (ALGON) Oyo state chapter has congratulated high Chief Lekan Balogun, as he emerged as the 42nd Olubadan of Ibadan land, a successor of the late Oba Saliu Akanni Adetunji.

Oyo ALGON also urged him to show fairness to all his subjects and make commitment to the sustenance of peace in the land as he prepares to assume the throne.

The statement read thus: “On behalf of the good people of oyo state and ALGON as a body, we congratulate Sen. High Chief Lakan Balogun on his emergence as the 42nd Olubadan of Ibadan Land and successor to the late Oba Saliu Akanni Adetunji.

“Oyo ALGON rejoices with Senator Lekan Balogun on his nomination as Olubadan by the kingmakers of Ibadan after a keenly and organized but peaceful selection process, and confirmation yesterday by Governor Seyi Makinde.

“As he prepares to begin the rites of ascension to the revered throne of his great ancestors, Oyo ALGON urges the Olubadan-designate to commit himself to carrying all his subjects along to a new era of peace, stability and progress of Ibadan land, Yoruba land and Nigeria as a whole.

“Oyo ALGON calls on Senator High Chief Lekan Balogun to be prepared to put his new position as Olubadan and principal custodian of the rich cultural heritage and traditions of the Yoruba’s to good use in the service of his people and country.

“Oyo state ALGON also urges the Olubadan-designate to dedicate himself to building on, and surpassing the worthy legacies of his much-acclaimed predecessor, Oba Saliu Adetunji, and working with government and other traditional rulers across the country to foster greater harmony, peaceful co-existence and faster socio-economic development of his people and all Nigerians.

“As High Chief Lekan Balogun ascends to the grand throne of the Olubadan of Ibadan Land, the Oyo State ALGON prays that God Almighty will grant him the immense wisdom and courage he will require to oversee further progress and greater prosperity for his people.

“He wishes the new Olubadan a long and highly successful reign in the service of his people and the country.”

N100billion Bond: Politics Aside, Oyo Is Set For Eternal…