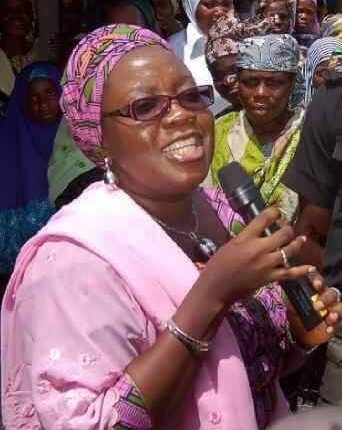 A former Majority Leader of the House of Representatives, Honourable Mulikat Adeola Akande and a leader of the People’s Democratic Party (PDP), in Oyo State, Alhaji Abdulrasheed Adebisi Olopoeyan, have said that member, Representing Ibarapa Central/North constituency, Honourable Ajibola Muraina remains an integral part of their camp contrary to news circulating in the media space.
Akande, while reacting to a story being circulated online on Saturday that Honourable Ajibola Muraina, has dumped the camp of the PDP led by Alhaji Nureni Akanbi to pitch his tent with the camp of party members loyal to the governor of the State, Mr Seyi Makinde, noted that such story is totally untrue.
Akande said those circulating such story are doing so just to make their camp popular, stating that Ajibola still remains part of their camp.
“Yes, we learnt that governor Makinde through a PDP governor invited Muraina to a meeting in Abuja last Wednesday, but the truth of the matter is that Honourable Muraina has not left our group, the governor is just trying to lure him in order to make his camp popular. I’ve spoken with Miraina who told me he’s very much with us.” Akande said.
Also, speaking on the matter, Alhaji Abulrasheed Adebisi Olopoeyan, said he so much believes in the fact that Muraina, would not stoop so low to fall into temptation of being lured with money to shift grounds.
He further stated that:”I personally understands how Makinde does his things. He knows how to use money to lure people so that he can get whatever he wants from them and later dump them.
“He feels he can do same with Muraina, who everyone of us knows he is a very disciplined and highly principled person. Muraina told me that he has not joined the Makinde’s camp stating that he was shocked to read the story that he has joined the governor’s camp when anybody did not call him to make clarification.
“I want to also use this opportunity to remind the general public that what is happening presently within our party is normal in politics, eveno the governor of the state is a beneficiary of such. So, let’s see how everything goes at the end of it all. “

Osun PDP Ward Congress Results Is Not For Sale – Osun…

Akinajo Celebrates Eld-el-Fitr With Muslims, Urges To Be…