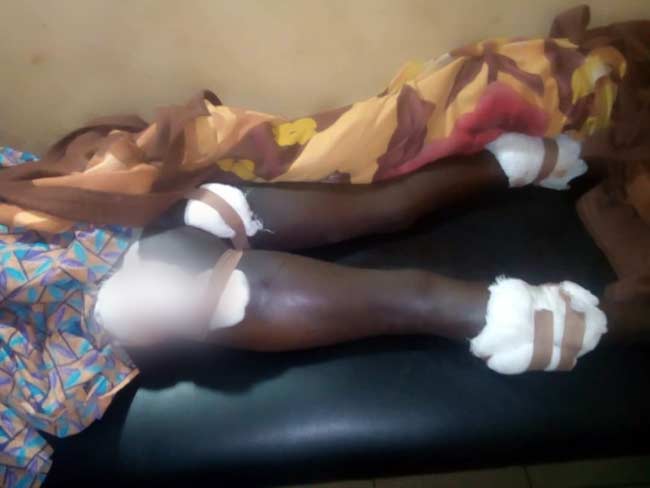 Supporters of the All Progressives Congress (APC) and the Peoples Democratic Party (PDP) have clashed in Osun State.

The violence during which a minor was shot and properties destroyed occurred in Atakumosa East Local government area of the state.

It lasted three days and affected the residents of Iwara, Olowu, Atorin, Lapaide, and neighbouring communities, coming less than one week to the reschedule general elections.

The 11-year-old girl who sustained gunshot wound had already been taken to the Obafemi Awolowo University Teaching Hospital for medical attention.

Some adults who also sustained various degrees of injury were being treated while at least five houses and cars were burnt during the violent clash.

Westerdailynews gsthered thay, amid the chaos, the APC leader in the local government, Israel Famurewa, and his PDP counterpart, Francis Fadahunsi, have traded accusations over who should be held responsible for the violence.

The police authorities have confirmed the clash and warned politicians against engaging in acts of violence in the state.

Shortly after meeting with other security personnel, the Commissioner of Police in the state, Abiodun Ige, told reporters on Monday that investigation was ongoing to ascertain the cause of the mayhem.

She assured the residents that the perpetrators of the act would be apprehended and made to face the wrath of the law.

The police commissioner asked all politicians in the state to put an end to the violent clashes and attacks on members as anyone found culpable would be decisively dealt with.

She added that the command would put all apparatus in place to ensure free, fair and peaceful elections devoid of crisis.

Despite the assurance, the residents of affected communities have called on the government and relevant agencies to help restore peace to their localities.